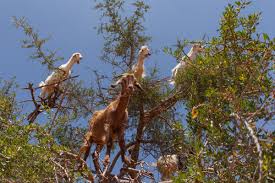 Over a period of three years, the project will examine the carbon sequestration by trees under various controlled conditions in Morocco. The goal of the pilot project is to find the optimal solution for the use of land improvement and irrigation systems in cost-effective forest growth and carbon sequestrating.

The Natural Resource Institute Finland LUKE will serve as the forest expert in the project. The pilot project is also the first step towards creating a validated and approved tool for combating climate change through carbon sinks created via afforestation.

A total of 16,000 seedlings from Morocco will be planted in a four-hectare research area in Rhamna-Ben Guerir. Planting will begin in January and the project will involve testing seven tree species, including carob, eucalyptus and acacia.

Various types of soil improvement, such as water retention improvements and fertilization, will be performed to provide a viable substrate in the currently dry soil.

In addition, the project will involve studying the role of irrigation and the optimization of water consumption by using a sub-surface drip irrigation system.

The first results of the three-year pilot project will be obtained in a year’s time. The Mohammed VI Polytechnic University will carry out a practical field test to study and measure the trees’ growth both above and below ground.

As a partner, LUKE will contribute technical and practical forest know-how and expertise to the project, by directing and monitoring the field test. In addition, the project will involve a local farmer, on whose land different growing methods will be tested.

The carbon sequestration from the atmosphere is essential to combat climate changes as emissions of CO2 continue to increase due to the rapid growth of populations, economies and energy demand in emerging countries.