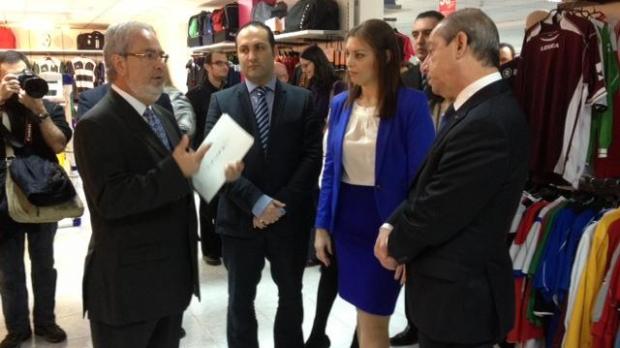 Malta-based Michele Peresso Group, best known for its sportswear stores, is planning to open retail outlets in Libya while also expanding into solar energy production. Maltese Prime Minister, Lawrence Gonzi, said that it will be the first time the group goes into Libya’s market during a visit to the group’s Birkirkara head offices where he was shown a photovoltaic (PV) panel investment that reduced the building’s electricity bill by 17%.
The Chief executive officer of the group, Emanuel Peresso, said the PV panel investment project which has already become a success for the group was funded by the group in collaboration with ‘Eléctricité Réseau Distribution France, (ERDF) energy grant scheme at a tune of €112,000 was shared between the two partners equally.
Talks are at “advanced” stages with foreign partners to invest in a PV farm. Governments are also called upon to support private investment in alternative energy projects.
The group is willing to invest €700,000in its first retail shops in Libya although the number is yet to be précised. The decision to open outlets in Libya is part of the company’s expansion plans to other countries. It has 21 retail outlets around Malta and Gozo.
The group also wants to be competitive on the e-market. Prime Minister Gonzi said more than 30% of youth nowadays shop online. He considered it as “a reality to which we must respond.” He said “technology must be seen as an opportunity” by the group. He went on to hail the company’s educational initiative with Malta’s College of Arts, Science and Technology for retailers and the importance it has given to alternative energy. He advised the company to tap into Malta’s blessed sun and wind.
Michele Peresso Group, representing a vast array of Pharmaceutical, Sports Retail and Fashion products, owns Eurosport and Europharma.
CATEGORIES EuropeFeaturesInternationalLibya
Share This

North Africa Post's news desk is composed of journalists and editors, who are constantly working to provide new and accurate stories to NAP readers.
NEWER POSTTunisia: PAR and Sondes waiting on partnership
OLDER POSTEgypt Gets $6 M from IFC to Promote E-Payments