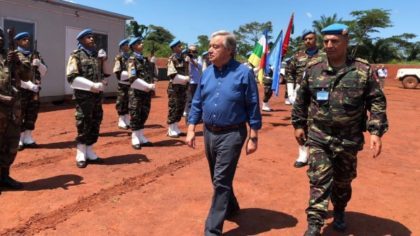 Guterres «thanked the Kingdom of Morocco for its support for United Nations activities, including peacekeeping operations», according to a statement by the UN press service published following The UN Secretary General’s talks with Moroccan Foreign Minister Nasser Bourita.

The UN chief also thanked Morocco for hosting the conference for the adoption of the Global migration pact due in December in Marrakech. The Sahara issue was also discussed in the meeting.

In Morocco, the contribution to the Peacekeeping operations is a constant of the country’s foreign policy. The North African kingdom has participated, since the Congolese crisis in 1960, in a dozen operations either under the aegis of the UN or in support of NATO and the EU, which makes it a constant contributor in the concert of nations.