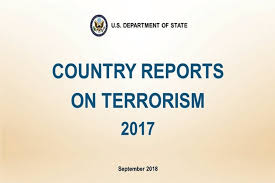 Morocco, a major U.S. ally in North Africa, has a comprehensive strategy to counter violent extremism (CVE). This strategy focuses on economic and human development in addition to oversight of the religious sphere and messaging, says U.S. State Department in its annual report on terrorism.

The North African Kingdom has accelerated its creation of education and employment initiatives for vulnerable youth. To counter religious extremism, Morocco promotes its moderate interpretation of the Maliki-Ashari school of Sunni Islam, stresses the document.

The Moroccan Ministry of Islamic Affairs has developed an educational curriculum for local imams, as well as those for African and European imams studying at Morocco’s international imam training center in Rabat, which expanded its capacity to 1,800 students in 2017, explains the Country Reports on Terrorism 2017.

In Fes, Morocco also hosts the Institute for African Islamic Religious Scholars, which brings together religious scholars from more than 30 African countries to promote scholarship and to counter terrorist ideology, adds the U.S. State Department document.

According to the U.S. terror report, Morocco’s counterterrorism efforts effectively mitigated in 2017 the risk of terrorism, although the country continued to face sporadic threats, largely from small, independent terrorist cells, the majority of which claimed to be inspired by or affiliated with ISIS.

It also praises the country’s participation in the Global Coalition to Defeat ISIS and its co-chairing of the Global Counterterrorism Forum (GCTF) with the Netherlands.

The report says that Morocco and the United States continued to deliver critical incident management training to African partners, praising the tangible steps made by Morocco’s Royal Armed Forces, in partnership with the U.S., to protect critical infrastructure from cyber-attacks, control and protect logistical hubs, and ensure readiness to prevent or respond to a catastrophic chemical, biological or nuclear terrorist attack.

The United States and Morocco co-led the Initiative on Addressing Homegrown Terrorism, adds the report, describing Morocco as a stable security-exporting partner that trains security, military, and law enforcement officials from sub-Saharan Africa and participates actively in the 5+5 Defense Initiative to address Mediterranean security issues.