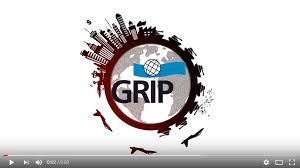 Morocco’s return to the African Union (AU) and the withdrawal of recognition of the so-called “RASD” by several African countries have weakened the Algerian stand on the Sahara issue, says a Brussels-based research center on Peace & security.

Thanks to its diplomatic strategy based on solidarity with African countries, Morocco has been able to win the support of Africans to its national cause, banking on its strong legal, political and historical arguments, adds the document.

GRIP also underlines the importance of the Moroccan autonomy plan for the Sahara for solving this regional conflict, the socioeconomic development of the southern Moroccan provinces and the dynamics triggered by the withdrawals of recognition of the self-proclaimed “Sahrawi Republic” (SADR), armed, funded and sheltered by Algeria.

All these combined factors have pushed and convinced the African Union to recognize the exclusive competence of the United Nations to supervise the political process engaged to resolve the Sahara issue, says the Brussels-based think-thank.

Despite Algerian petrodollar support, the Polisario separatists are increasingly snubbed and isolated on the international scene, mainly in Europe and Africa.

The secessionists have also been dumped by a growing number of countries, which pulled their recognition of their phantom entity thanks to Morocco’s diplomatic breakthroughs in Africa, where the North African kingdom is building a solidarity-based South-South partnership for the sake of African people.