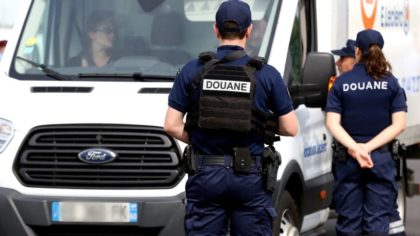 Tunisia’s General Directorate of Customs has ordered 300 custom officers to appear before a disciplinary council for “corruption” and other bribery charges,” the spokesman of the General Directorate of Customs, Colonel Major Haythem Zied said.
The situation in the North African nation is becoming rampant in recent years. Throughout 2016, Tunisia’s Anti-Corruption Commission, an independent statutory unit, received 8,029 corruption complaints; 152 cases were referred to the courts.
In June 2017, the ministry of finance sacked 21 customs officers and handed over the files of 35 others for further investigation.
To date, the Tunisian government has detained and confiscated properties of 14 prominent businessmen, including a former custom officer; 10 others have been placed under house arrest as part of the anti-corruption campaign.
Before the 2010-2011 revolution that ousted Tunisian President Zine el Abidine Ben Ali, a World Bank study estimated that in the decade before the revolution, Tunisia lost on average an amount equivalent to about 2 percent of its GDP per year due to corruption. Today, the country and its people continue to pay a high price for corruption.
Numerous legal measures and civil society initiatives have been working to fight corruption, but it is perceived to be even more pervasive today than it was under Ben Ali, according to local media and activists.
Last year, the head of Tunisia’s National Anticorruption Authority, Chawki Tabib has stated that the state loses on average 2 billion dinars (approximately €800 million) a year due to corruption-related transactions and the poor governance of public procurement.