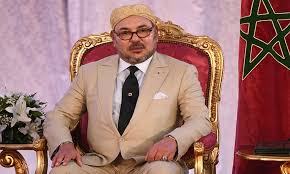 In accordance with the provisions of Article 47 of the Constitution, King Mohammed VI, after consulting the Head of Government, has decided to dismiss Mr. Mohammed Boussaid, as Minister of Economy and Finance, a statement from the Royal Office said Wednesday.

The royal decision comes in application of the principle of accountability that the Monarch is so keen to apply to all officials regardless of their rank or their membership, said the statement.

In several of his speeches, particularly in 2017, King Mohammed VI had voiced sharp criticism against officials who do not perform their professional or national duties properly, warning that the situation commands greater firmness in order to put an end to complacency and to disregard for citizens.

In his State of the Nation speech of July 2017, the Monarch had actually said: “To all those concerned I say: ‘Enough is enough!’ Fear God in what you are perpetrating against your homeland. Either discharge your obligations fully or withdraw from public life. There are plenty of honest men and women in Morocco”.

“This situation can no longer be tolerated because the homeland’s interests and those of the citizens are at stake. I am choosing my words carefully here, and I know what I am saying because it comes after deep reflection”, warned the King.

Less than three months later, on October 13, opening the Fall session of the Parliament, King Mohammed VI said “as the guarantor and custodian of the rule of law, and the first person to respect it, I have never hesitated to hold to account anyone who has patently underperformed while carrying out his or her professional or national duties.”

The Sovereign had then stressed the need for a continuous monitoring of the progress made in the implementation of social and development programs and for a systematic, impartial assessment of the phases carried out.

As members of Parliament, public servants and elected officials, “You are accountable before God, the people and the King for the situation prevailing in the country”, he had said.

And the King was not just walking the talk. As he warned all government and public officials that the impunity era was bygone and in compliance with the constitutional accountability principle, about ten days after his speech before the Parliament, King Mohammed VI sacked four ministers and several other senior officials following delays in development programs in the country’s northern region.

The Minister of Education and former minister of the Interior Mohamed Hassad, the Minister of Health Hussein El Ouardi and the Minister of Housing Nabil Benabdallah, as well as a secretary of State of professional training were fired after the King received a report by the accounting office on “Al Hoceima: Manarat Al Moutawassit” project.

The sacking of the Finance Minister Mohammed Boussaid Mohammed Boussaid, who is member of the RNI party, led by Aziz Akhannounch, Minister of Agriculture and Fisheries, evidences that there is no turning back on the strict application of the accountability principle.