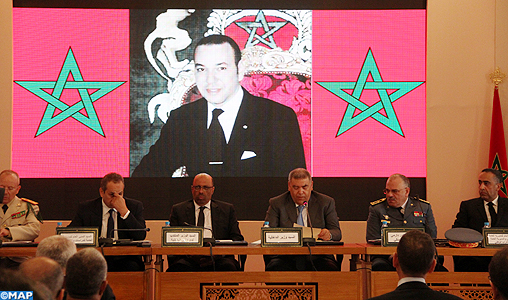 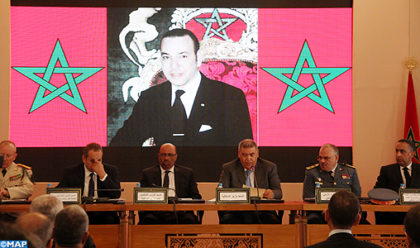 The Government is getting mobilized to implement the social and economic roadmap outlined by King Mohammed VI in the Throne Day speech he delivered on Sunday (July 29) and wherein he urged the Government and all the stakeholders concerned to undertake an in-depth, thorough restructuring of national social welfare programs and policies.

In this connection, Interior Minister Abdelouafi Laftit held Wednesday in the Northern city of Tetuan a working meeting with Walis of regions and governors of provinces and prefectures, Chiefs of security agencies, and several other senior officials.

The Interior Minister announced that his department will accelerate the setting up of the National Social Register to identify families that truly deserve to benefit from social assistance programs.

In his Sunday speech, the King described the register as “a strategic and ambitious social project which concerns large segments of the Moroccan population” and said it is a promising start for the gradual improvement of social welfare programs over the short and medium terms.

Laftit also announced the launch of the third phase of the National Initiative for Human Development (INDH), unveiled by King Mohammed VI in 2005. This program, meant to improve the living conditions of underprivileged layers of the society, has achieved some of its objectives, but much remains to be done.

“We need to launch the third phase of the National Initiative for Human Development by building on achievements, refocusing programs to promote human resource development and serve the coming generations, supporting groups in difficult situations and starting a new generation of income-generating activities that create jobs,” the monarch recommended in the Throne day speech.

Discussion of these projects will be furthered with the various departments concerned, in a logic of complementarity and convergence.
The Monarch made it clear in his speech that a proper, modern social system cannot be set up without a qualitative leap in investment, and without support for the nation’s productive sector.

The cabinet members who took part in a meeting chaired Sunday evening by King Mohammed VI in Al Hoceima on ways to implement the priority measures in the economic and social areas outlined in the Throne Day speech held working sessions with the senior officials of their respective departments Tuesday and Wednesday.

The sessions focused on the need to speed up the implementation of the royal orientations that set a number of top-priority issues. These include the restructuring of national social welfare programs and policies; the acceleration of the reform of the investment framework and support for businesses, particularly with a view to creating more jobs; and finally, the development of the 2025 action plan in the field of water.

Local daily Al Massae commented that the Royal speech has accelerated the government’s action. The Government is taking out of the drawers a number of draft bills, including the one on administrative devolution, whose adoption was delayed because of the slow pace of the cabinet’s work and the number of proposed amendments and counter-amendments, the paper noted.

The daily also said it is almost certain that El Othmani government has finalized the text on the reform of the Regional Investment Centers. The bill, which also provides for the creation of unified Regional Investment Commissions, will be adopted by the Cabinet Council Thursday, August 2, Al Massae said.