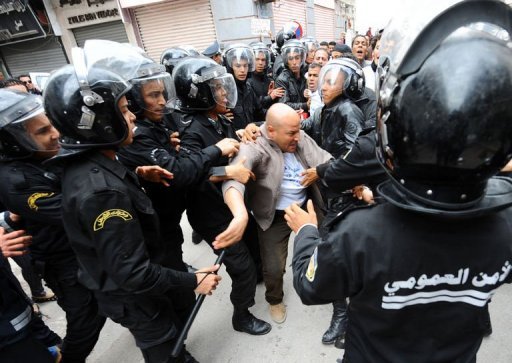 The new governments formed in the aftermath of the Arab Spring are facing the challenge of creating rights-respecting democracies, says Human Rights Watch in its “World Report 2013”, wondering whether these new Arab governments will produce a genuine democracy and fall back into dictatorships.
In its 665-page report, HRW says “the creation of a rights-respecting state can be a painstaking work that requires building effective institutions of governance, establishing independent courts, creating professional police, and resisting the temptation of majorities to disregard human rights and the rule of law”.
For HRW executive director, Mr. Kenneth Roth the tension between ruling majority and respect for rights poses perhaps the greatest challenge for the new Arab governments formed after the fall old regimes following popular uprising. “Leaders in the Middle East are naturally eager to exercise their new electoral clout, but they have a duty to govern without sacrificing fundamental freedoms or the rights of minorities, women, and other groups at risk”, he stresses.
According to HRW officials, Egypt’s new controversial constitution, which is still fueling hot debates and creating a polarized society, demonstrates the difficulty of protecting human rights. The constitution has some positive elements, including clear prohibitions on torture and arbitrary detention. But its “broadly worded and vague provisions on speech, religion, and the family have dangerous implications for women’s rights and the exercise of social freedoms protected under international law”.
The HRW report also referred to the situation in Libya which, the Rights body says, illustrates the problem of a weak state, sounding the alarm bell over the danger of “militias that dominate many parts of the country and in some places commit serious abuses with impunity”.
In Libya, “Thousands of people remain in detention, some held by the government and others by militias, with little immediate prospect of being charged or of brought to court whatever evidence exists against them”, adds HRW, noting that some countries set positive examples in respecting human rights, while others turn a blind eye to repression, undermining the efforts to build rights-respecting democracies.
CATEGORIES EgyptFeaturesHeadlinesLibyaTunisia
Share This