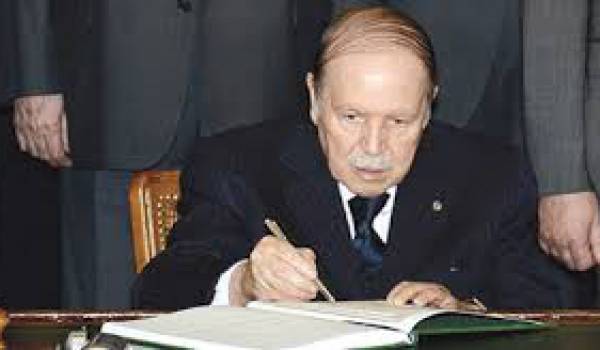 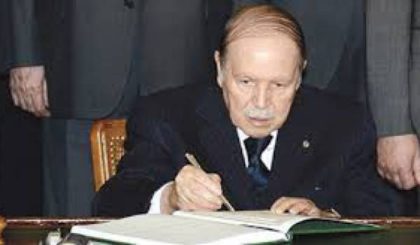 Prominent Algerian politicians and intellectuals expressed outcry as the Algerian regime prepares a fifth term for ailing Algerian President Bouteflika who is confined to a wheelchair for years and is unable to speak intelligibly.

A letter has been issued calling on Bouteflika to refrain from running for a fifth term in order to enable Algeria to “open a new chapter”.

“The results of your policies were far from meeting the expectations of Algerians and your long reign created a political regime that has nothing to do with the modern standards of the rule of law,” the letter signatories told Bouteflika.

“Your old age and your dramatic health conditions require that you abstain from holding heavy state responsibilities. There is no doubt that another term will cause you and the country more hardship,” says the call, which was also endorsed by intellectuals such as Yasmina Khadra.

At the age of 81, Bouteflika’s public appearances have become a thing of the past with the president canceling meetings with foreign leaders visiting the country.

The President is seriously ill and his voice is barely intelligible. Prior to canceling a meeting with Venezuelan President Maduro, Bouteflika’s health condition did not enable him to meet German Chancellor Angela Merkel who had to call off her visit to Algeria last year due to the failing health of Bouteflika. Few weeks later, Iranian President Hassan Rohani’s visit was also postponed sine die.

Despite these facts, his henchmen continue to campaign for his fifth term. “FLN wants the president to continue his mission he started in 1999, as head of the state,” said FLN Secretary General Djamel Ould Abbes last April.

Analysts deem that maintaining a sick President whose physical and mental capacities are shrouded in uncertainty is indicative of a power struggle within the country’s regime.

The contending clans within the regime seem not in agreement over Bouteflika’s successor. Therefore, they maintain the ailing 80-year old President as a time buying measure in a sign that bodes ill for the country’s future.

Bouteflika’s health also casts a shadow on the opacity of a regime, where power is generally presumed to reside among groups of military leaders, intelligence officials, businessmen, and politicians collectively known as Le Pouvoir.