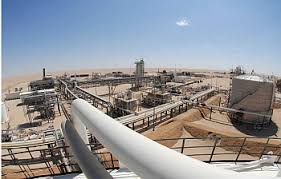 A group of unidentified youth in the Libyan eastern town of Marada has vowed to shut down oil fields over lack of employment and social services.

The youth in a statement complained about an absent state, lack of health care and other services, and Marada town’s lack of road links to other communities.

“We, the youth, have decided to shut down all oilfields in Marada…unless all problems are solved urgently,” the statement said.

The youth demanded job creation at the National Oil Corporation (NOC) that manages the Libyan oil.

Marada, located in the east of Libya, was under the influence of the Islamic state group (ISIS) before the group was expelled following its fall of its Sirte stronghold.

Much of Libya’s eastern part is controlled by Field Marshall Khalifa Haftar’s so-called Libyan National Army (LNA). The LNA controls the area in conjunction with a rival administration opposed to the UN-backed Government of National Accord (GNA) seating in Tripoli.

Despite the threat, a NOC engineer told Reuters that oil production was running normally through the pipeline feeding Es Sider oil terminal, which runs near Marada.