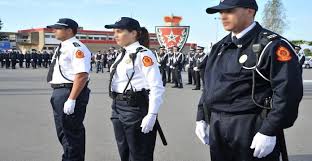 The Directorate General of National Security (DGSN) celebrates its 62nd birthday on Wednesday (May 16th) at a time the institution is determined more than ever to fulfil the principle of proximity and to be a citizen-police.

DGSN’s 62nd anniversary commemoration is an opportunity to recall the goals set by this important institution, particularly in terms of improving services to citizens and strengthening its contribution, as a key player, in the country’s modernization strategy.

The DGSN, aware of the importance of openness on citizens, has adopted a strategy of proximity, communication and interaction, as well as a global and integrated action plan, dedicated to the consolidation of this orientation through a participative approach, which is essentially based on better governance and adaptation to the real needs of the public in terms of security.

It was in this context that the first open days of the police took place last September attracting more than 80,000 visitoes. It was a high-profile event, which made it possible to present to the public the various services, security units and equipment used to preserve the security of citizens and respond effectively to the new challenges imposed by criminal threats, while respecting human rights.

Part of the proximity strategy, the department made several initiatives, including the revitalization of the “19” phone number so that the police can respond quickly to citizens’ calls, and the creation of new command and coordination centers to improve the efficiency and speed of police intervention.

The department, headed by Abdellatif hammouchi, set up new teams and specialized brigades and prevention and anticipation groups (Central and Regional Brigades Intelligence, Research and Intervention), the main objective being to strengthen the feeling of security among citizens.