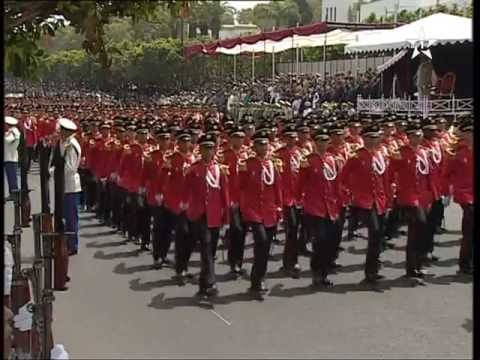 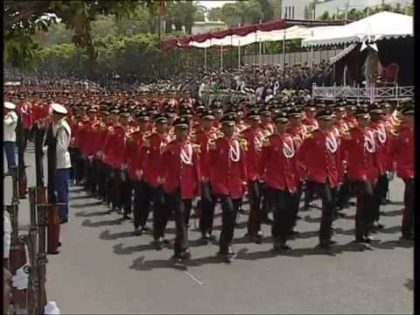 On the 62nd anniversary of the creation of the Royal Armed Forces (FAR) celebrated Monday, King Mohammed VI, Supreme Commander and Chief of General Staff of the FAR hailed, in an Order of the Day, the Moroccan military for their tireless efforts to defend the country and its sacred values.

The Monarch also commended the sense of responsibility and abnegation they show in fulfilling their military and security duties as well as their social missions, and their unwavering mobilization to defend the Kingdom’s territorial integrity and its land, air and sea borders.

The King reiterated his keenness to endow the Moroccan armed forces with all required means and necessary material and human resources, saying this is implemented in line with an integrated and complementary vision meant to help the army reinforce its human resources and modernize its infrastructure and technical services.

He recalled that in order to reach these goals, the plans and programs elaborated and implemented at his orders lay emphasis on quality, to adapt training programs to all areas of security and defense while taking into account national specificities, military traditions and the requirements of current challenges, in terms of excellence and performance.

The sovereign added in the Order of the day that armed forces’ qualities (preparation, efficiency, good reputation, good training and organization, uprightness, professionalism and discipline) have largely contributed to the development and diversification of Morocco’s military cooperation with several international organizations and sister nations.

Part of the outcome of this fruitful bilateral and multilateral cooperation, the king recalled that armed forces of several sisterly African countries attend Moroccan military institutes and schools to undergo military training in all specialties alongside their Moroccan mates.

The King lauded the Moroccan army’s outstanding participation in carrying out joint security programs and their valiant contribution in implementing solidarity action.

He praised in this connection the efforts made by the rescue and relief units of the FAR and Royal Gendarmerie when required to intervene in remote, landlocked and mountainous areas to provide aid to the populations, recalling the two military field hospitals deployed in the regions of Tinghir and Chichaoua during the winter.

King Mohammed VI also pointed out that he takes pride in the efforts and huge sacrifices made by FAR contingents taking part in peacekeeping operations in Congo and the Central African Republic, as well as the efforts by the medical staff at the Zaatari military field hospital to protect civilians and provide assistance and humanitarian aid.

The military medico-surgical field hospital was set up by Morocco in the region of Zaatari in favour of the Syrian refugees in the governorate of Al Mafraq, northern Jordan, in 2012.

On the occasion of this anniversay, several officers, non-commissioned officers and men of rank were decorated with royal Wissams and ceremonies and military parades were held in various garrisons throughout Morocco.