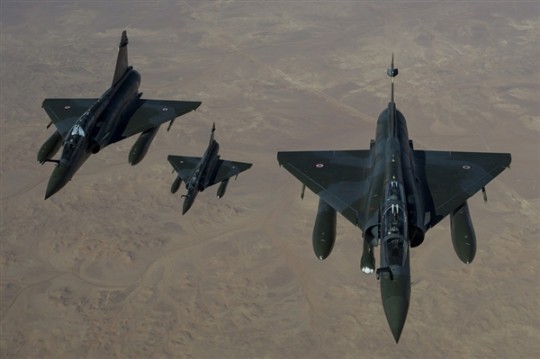 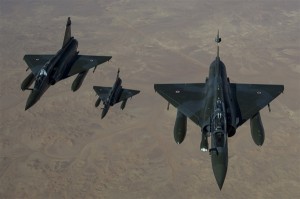 While French troops are treated and greeted in Mali as liberators rather than as foreign occupiers, Egypt’s Islamist president Mohamed Morsi has expressed opposition to France’s military action launched to dislodge the Jihadist fighters linked to Al Qaeda occupying the northern part of the impoverished West African country.
“We do not accept at all the military intervention in Mali because it will fuel conflict in the region,” said Mr. Mursi, a member of the Muslim Brotherhood movement. But such as a remark, made an Arab economic summit held in Saudi Arabia, could strain relations between Paris and Cairo.
According to some analysts, the statement made by Mursi criticizing French airstrikes in northern Mali seeks to appease the hard-line Islamist protestors who rallied and staged a sit-in outside the French embassy in Cairo and he needs their political support and vote during the upcoming parliamentary polls.
The Egyptian president said he would have preferred to see a “peaceful and developmental” intervention in Mali, while Paris continues to receive a growing international support. France has also received unanimous backing from the 15-member UN Security Council for its military action in Mali against Islamist rebels.  Britain, Germany and Canada have offered military transportation to the French military. Washington offered intelligence sharing and logistical support
France insists that is acting in accordance to international law and the UN charter, affirming that its main objective is to ensure the implementation of UN Resolution 2085 which authorizes military intervention against the radical Islamists who seized northern Mali in the wake of a coup in Bamako and imposed the Islamic sharia law.
In retaliation for French military action in Mali, a group of Islamist militants stormed a gas facility in southern Algeria and seized dozens of foreign workers belonging to several Western and Asian countries. After days of standoff, the hostage crisis ended in bloodshed with many of the captives and kidnappers killed.

North Africa Post's news desk is composed of journalists and editors, who are constantly working to provide new and accurate stories to NAP readers.
NEWER POSTMorocco : the Benkirane-Chabat Showdown
OLDER POSTKorea-EU FTA One Year On: Lessons for North Africa