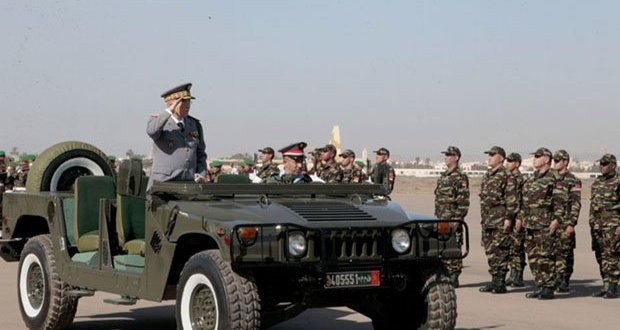 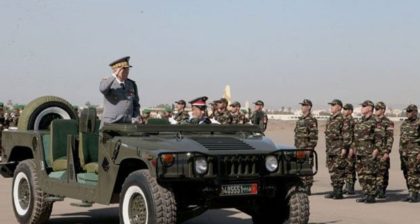 Morocco had reportedly warned Algeria of an imminent military action to evict the Polisario separatists from the buffer zone, east of the Moroccan security wall, the Middle East Eye Said.

French Ambassador to Algiers was said to have channeled the warning to Algerian authorities as the Polisario indulges in repetitive incursions in the north east of the Sahara territory.

The Polisario has often used its banditry east of the berm to garner support for its separatist thesis among the disenchanted population in the Tindouf camps and to its few remaining supporters at the international level in a move to divert attention from Morocco’s recent inroads in Africa where support for the Kindom’s sovereignty over the Sahara is growing.

The Polisario has also used the recent provocations against the Moroccan army to distract the Sahrawi and international public opinion from its internal crisis peculiar to authoritarian groups that enrich themselves through humanitarian aid embezzlement and trading in the suffering of the population held against their will in the Tindouf camps, in connivance with Algerian authorities.

Morocco has made it clear that its announced military intervention east of the berm is not meant to spark a war but comes after the UN failed to deter the Polisario from breaching the 1991 ceasefire agreement and military agreement number one providing for the buffer zone to remain demilitarized.

The announcement by the Polisario to move its military headquarters or any civilian facility to the area east of the berm will push Morocco to carry out pre-emptive attacks, which officials in Rabat describe as a move to change the rules of engagement.

Up to now, Morocco is leading a diplomatic offensive to show the international community what is at stake in the Sahara: regional peace and stability.

While Morocco has offered an autonomy initiative since 2007 and engaged in UN-led talks, the other parties, Algeria and the Polisario, continue to cling to the unfeasible referendum option, which was discarded implicitly by the UN due to the controversy over who is entitled to vote.

If a war starts east of the berm it is difficult to predict whether Morocco will refrain from hot pursuits against the Polisario militia who have engaged in a guerrilla war marked by hit and run tactics. The Royal Armed Forces had then responded to Polisario attacks but stopped at the Algerian borders without hitting the separatists in their rear base in Tindouf, as the act would have meant war with Algeria.

The scenario of another guerrilla war in the Sahara is to be discarded, as Moroccan officials made it clear that the conflict over the Sahara is with Algeria, the host and mentor that pulls the strings of the Polisario. If a war starts with the Polisario it may not be limited to the buffer zone shrouding regional peace and stability in uncertainty and further undermining the aspirations of the Maghreb people to a stable and economically integrated region.