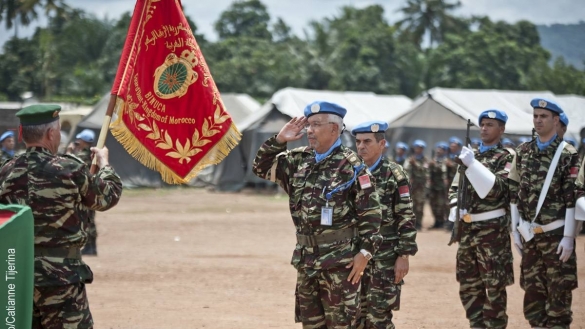 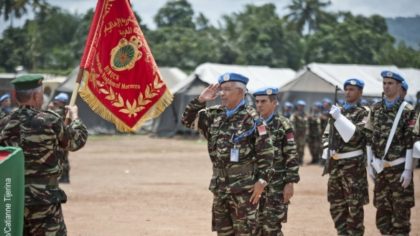 The Moroccan contingent taking part in the UN peacekeeping mission (MINUSCA) in the Central African Republic (CAR) completed another heroic act by liberating 15 hostages that were held by the Ugandan militia known as the Lord Resistance Army (LRA).

The operation was jointly conducted with CAR armed forces in the village of Koumbou east of the country, after the LRA took the hostages on March 30.

The 15 hostages were rescued following a fire exchange, a CAR government spokesperson said at a joint press conference with the MINUSCA.

Morocco is contributing 1470 peacekeepers in MINUSCA, which has a total of 12,870 uniformed personnel including 10,750 military personnel and 2,080 police personnel.

MINUSCA is tasked with protecting the civilian population from threat of physical violence, supporting the political transition process and the efforts seeking to address root causes of the conflict and establishing lasting peace and security in the CAR.

Plagued by decades of instability and fighting, the impoverished Central African Republic witnessed a resumption of violence in December 2012 when the mainly Muslim Séléka (meaning ‘alliance’ in the local Sango language) rebel coalition launched a series of attacks.

A peace agreement (Libreville Agreement) was reached in January 2013, but the rebels seized the capital, Bangui, in March, forcing President François Bozizé to flee. A transitional government was established and entrusted with restoring peace. The conflict however took on increasingly sectarian overtones by December as the mainly Christian anti-Balaka (anti-machete) movement took up arms and inter-communal clashes erupted again in and around Bangui.

Months of violence led to wrecked State institutions, leaving millions on the brink of starvation and threatened to suck in the wider region. Thousands of people are believed to have been killed, while others have been internally displaced or fled to neighboring countries: Cameroon, Chad, the Democratic Republic of Congo and the Republic of Congo.

Acting under Chapter VII of the Charter of the United Nations, the Security Council authorized MINUSCA to take all necessary means to carry out its mandate, within its capabilities and its areas of deployment.