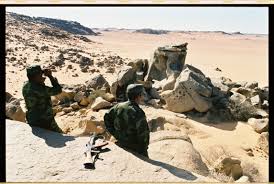 Morocco has vehemently denounced the latest repeated provocations of the Polisario in several areas east of the Sahara security wall, and warned that the escalated violations of the ceasefire and the military agreements in force constitute a casus belli.

The transfer of any civilian, military, administrative or any other structure by the Polisario from the Tindouf camps in Algeria, to the East of the security berm in the Moroccan Sahara, constitutes a casus belli, said Morocco’s Permanent Representative to the United Nations, Omar Hilale, in a letter he addressed Sunday to the Security Council President Gustavo Meza-Cuadra.

The diplomat who described as “illegal” and “very serious” the provocative acts by the other parties, in reference to the Polisario and Algeria, said these acts threaten seriously the UN political process that the UN Secretary General and his Personal Envoy are working tirelessly to revive.

“With their repeated violations, now extended to several areas east of the security berm in the Moroccan Sahara, the other parties kill any chance of relaunching the political process,” Omar Hilale pointed out in the letter.

He went on to say that “the violations of the military agreements and the cease-fire and the exacerbation of tensions on the ground are at odds with the political process, which imperatively requires, as stressed by the UN Secretary General, a propitious and serene environment”.

The Moroccan diplomat argued further that “the International Community’s inaction and passivity regarding these violations have, unfortunately, been interpreted by the other parties, as an encouragement to persist in their challenges”.

In the letter, Morocco urged the Security Council to demand urgently that the other parties cease their acts that are detrimental to regional peace, stability and security.

The Kingdom also called the Security Council to use its authority to enforce compliance with the ceasefire and military agreements and “to order the Polisario to withdraw immediately, unconditionally and completely” from the area east of the security berm in the Moroccan Sahara”.

Morocco considers “maintaining the illegal presence of the Polisario armed elements in the Guergarate buffer zone is a blatant violation of the cease-fire and the military agreements” and “an unacceptable challenge” to the Security Council, to the UN and to its Secretary General, Antonio Guterres, who repeatedly demanded full compliance with the status quo and free movement in the Guergarate buffer zone.

In the letter, Omar Hilale recalled that the polisario has, once again, violated, three days ago, the military agreements. Actually, several of its armed elements entered Mahbes, aboard military vehicles, set up tents, dug a ditch and built constructions using sandbags.

“More seriously, the Polisario is preparing to transfer some of its administrative and military facilities, from the Tindouf camps in Algeria, where they have been established since the start of the dispute in 1975, to the area east of the security berm in the Moroccan Sahara, which includes the localities of Bir Lahlou and Tifariti,” the letter underlined, recalling that, under an agreement between Morocco and the UN in 1991, there is no civilian nor military presence in the area “to reduce tensions between Morocco and Algeria and avoid the resumption of hostilities”. The only presence authorized in the area is that of MINURSO, which is monitoring the ceasefire.

Morocco warned that “this new escalation, of extreme gravity, has the unacceptable and illegal objective to change the reality on the ground and alter the status quo in the Moroccan Sahara. And Morocco will never allow this.”

“Morocco, which until now has shown restraint and a high sense of responsibility, at the request of the UN Secretary-General, his Personal Envoy and the International Community, will not stand idly by as the situation on the ground deteriorates. The other parties will then have to take full responsibility for the consequences of their actions,” the letter stated.

Morocco reiterated “its constant and resolute commitment to the UN political process and its full readiness to continue its cooperation with the UN Secretary-General and his Personal Envoy”.