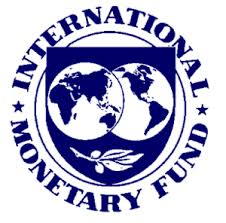 auritania’s economic outlook is favorable due to sustained commodity prices and ongoing economic policy efforts, but there are still considerable challenges for inclusive growth, said the International Monetary Fund.

“The economic recovery continues, with growth estimated at 3-3½ percent in 2017 and 2018, and moderate inflation of 2.3 percent on average in 2017”, said IMF Staff after concluding a review mission to Mauritania.

The country’s International reserves reached $849 million at end-2017 (5.1 months of non-extractive imports), while the primary budget balance excluding grants was in positive territory at 0.3 percent of non-extractive GDP in 2017, building on the consolidation efforts that began in 2015-16 following the drop-in commodity prices, added the IMF team in a press release.

Mauritania’s external current account deficit (excluding extractive sector imports) also improved, contracting from 11 percent of GDP in 2016 to 8 percent in 2017. Borrowing slowed, with external debt stable at 72 percent of GDP, added the document
“Against this background, the authorities’ economic and financial program is on track and its implementation has been satisfactory. All performance criteria were met at end-December 2017, and all structural benchmarks planned between December 2017 and March 2018 have been or are in the process of being met”, stressed the IMF staff.

They said that Mauritania will continue to adopt a prudent borrowing policy, notably avoiding non-concessional loans to guarantee debt sustainability.

According to the IMF staff, Mauritanian economic and financial authorities will gradually expand targeted social safety nets throughout the country and will press ahead with reforms aimed at improving the business climate and strengthening economic governance.