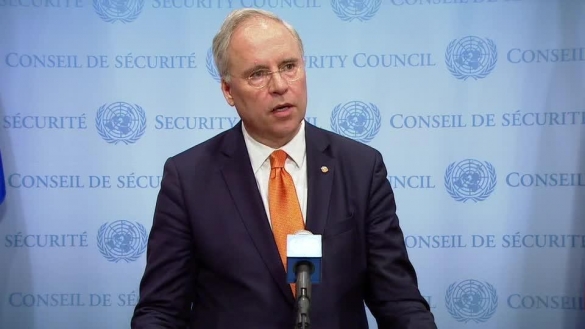 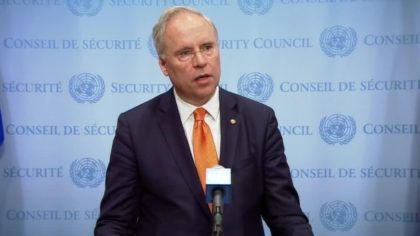 Following the growing provocative incursions of the Polisario armed militiamen in the Guerguerat buffer zone, UN Security Council has denounced these hostile acts made by the Algeria-backed separatists, in a bid to undermine peace and stability in the region, making it clear that “there should be no change in the status of the buffer zone”.

The UN Security Council president Karel van Oosterom (Netherlands) said on Wednesday members of the Security Council are concerned about the situation in Guerguerat, and stress the need to uphold the status quo of the buffer strip and to fully respect UN resolution 2351 (April 2017).

This resolution hailed the autonomy plan in the Sahara under Moroccan sovereignty, and welcomed the “serious and credible efforts made by Morocco to move the process forward towards resolution”.

The Security Council, which convened Wednesday (March 21) to hear a briefing by UN Secretary General’s Personal Envoy for the Sahara Horst Kohler on his latest contacts and mediation process, showed a firm stand on this issue, warning the Polisario against any attempts to alter the status quo on the ground.

According to UN Security Council president Karel van Oosterom, the UN Chief “remains deeply concerned about the continued presence of armed elements of the Polisario in this region”.

In his report circulated to the members of the Security Council in April 2017, UN Secretary General Antonio Guterres had demanded the complete and immediate withdrawal of the Polisario from the Guerguerat buffer strip.

Guterres warned that this situation could “lead to the collapse of the ceasefire”, threatening security and stability of the entire region.

Morocco, which remains committed to the UN-brokered 1991 cease-fire agreement, had strongly condemned the deployment of Polisario militiamen in the demilitarized border crossing with Mauritania, in Guerguerat, as a blatant violation of the UN brokered ceasefire agreement and a disregard for the calls made by the UN Secretary General for the withdrawal of all troops from the demilitarized buffer strip.

The UN repeatedly warned the Polisario against obstructing commercial traffic flow between Morocco and Mauritania and called on the separatists to pullout of the buffer strip in order to create an environment conducive to the resumption of dialogue under the auspices of the Personal Envoy Horst Kohler.

Ignoring the UN warnings, the Polisario announced Tuesday, on the eve of Köhler’s briefing to the Security Council, the transfer of its so-called “armed staff” to Bir Lahlou locality, a part of the buffer zone under the 1991 agreement.

The new head of the MINURSO, Canadian Colin Stewart, who also briefed Wednesday the UN Security Council on the situation prevailing in the region, had refused to visit Bir Lahlou during a recent trip to Tindouf. The MINURSO chief has thus avoided falling in the trap set by the Polisario, which was attempting to make him endorse “a change of the status quo”.

Meanwhile, the Security Council has asked the UN personal envoy for the Sahara to “continue talks to relaunch the negotiations” aimed at settling the more than 40-year-old dispute created by Algeria.

The Security Council also expressed “full support” for the efforts of the former German president to “revive the negotiation process through a new dynamic and a new spirit”.

However, no date has been set for the resumption of talks under the auspices of the UN. The latest such talks date back to 2012.