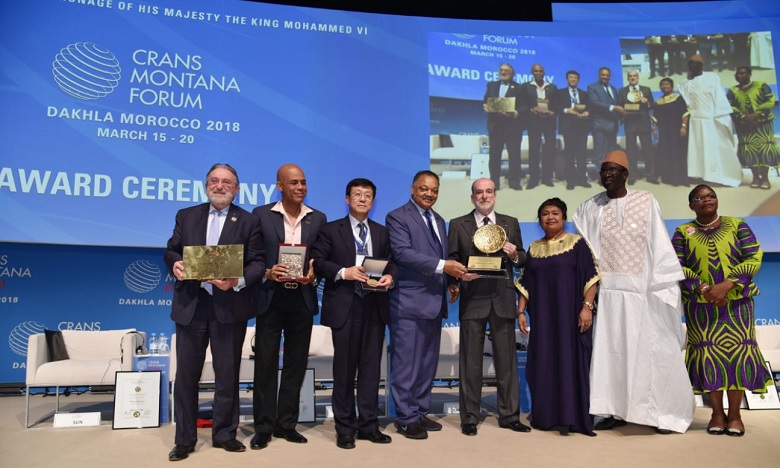 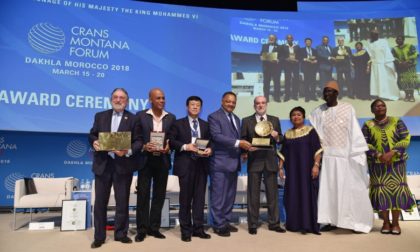 Speaker of the Parliament of the Economic Community of West African States (ECOWAS), Moustapha Cissé, received in Morocco’s southern city of Dakhla the 2018 Crans Montana Foundation prize in recognition for his commitment to regional integration.

The prize was awarded at a ceremony chaired by Crans Montana Honorary President and Founder Jean-Paul Carteron and attended by distinguished guests of the forum, held in Dakhla March 15-20.

During the same ceremony, Carteron handed the Forum’s Global Leadership Award to Rev. Jesse Jackson, President and Founder of the Rainbow Push Coalition.

At the same event, a distinction was received by Belgian State Minister Herman de Croo in celebration of 20 years of friendship with the Crans Montana Forum.

At the end of the prize awarding ceremony, Carteron told the press that the participation of 49 African countries in the Forum is indicative of an African commitment to implement the development spearheaded by King Mohammed VI in favor of the continent.

This large African participation is a recognition of Morocco’s contribution towards African integration, he said, noting that Dakhla, the Pearle of the south, stands as a development model in Africa.

The Crans Montana Forum is a Swiss Non-Governmental International Organization whose importance and prestige have been globally well-established since 1986.