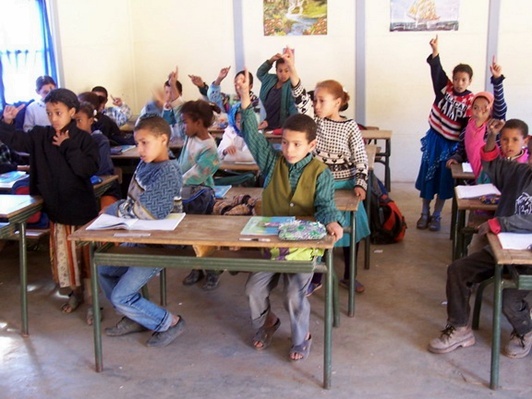 Education as a Priority for Future EU-Maghreb Cooperation

When President Barack Obama, in a speech in Cairo University in 2009, pointed to education and innovation as being the mechanisms of progress in the 21st century, these ideas must have resonated in capital cities across North Africa.

Although different countries in the region have made various efforts to improve education and innovation and create job opportunities for the youth since their independence, illiteracy still remains widespread – albeit the situation varies from one country to another and from cities to rural areas – and some local governments have failed to ensure access for school-age children to basic education in their respective areas. Some experts have even questioned both the will of the North African governments to improve education and innovation as well as their awareness of the fact that successful innovation cannot be separated from quality education. Others have wondered if the North African countries can actually achieve the objective set by the General Assembly of the United Nation for the decade 2003-2012 to permanently eradicate illiteracy by the end of last year.

The education systems of Maghreb countries have undergone several transformations over the last few centuries. Before the French colonization of North Africa, the region had long-established tradition of Koranic-based education. Under French rule, education in the Maghreb was reserved, by and large, for children of French nationals, with only a very small number of places made available to the local elite families. After gaining independence in late 1950s and early 1960s, the new governments across the Maghreb region have sought to implement a reform process whose main objective was the nationalization and Arabization of education while stressing the need to educate indigenous teachers to replace the predominantly European body of educators. By the 1980s, after more than two decades of open access and growing student enrollments, these goals had been largely achieved.

Yet, the governments in the Maghreb countries and Egypt have over the years been faced with various structural problems when seeking to improve education, notably the need for increased expenditures while having limited economic resources. The persistent lack of funding in the national budget has also negatively affected scientific research – this development has in turn significantly contributed to the unfavorable state of scientific innovation. Today, relevant government officials are seeking to implement another reform that aims at restructuring their countries’ education systems to make them more internationally compatible and the graduates more internationally competitive as well as efficient and responsive to the needs of the public and private sectors. Moreover, in some Maghreb countries, the lack of university graduates is no longer a problem – quite on the contrary. In fact, education – namely universities churning out graduates with highly specialized skills who do not meet the needs of the job market – is held responsible for the fact that as many as 14 percent of young holders of the highest degrees in Tunisia and about 9 percent in Morocco suffer from unemployment.

The creation of a new post of EU Special Representative for the Southern Mediterranean Region in July 2011 symbolizes the importance the region has gained in European eyes particularly following the socio-political changes following the Arab Spring series of uprisings. In line with the changing EU’s approach to the neighbours on its southern flank, Brussels has rightly put more emphasis on education, with the EU Commission promising more support for academic mobility, youth exchanges and similar people-to-people contact schemes. When, in October last year, Malta hosted the first Maghreb-EU Summit since the Arab Spring revolts, featuring prominently on the high-profile meeting’s agenda were not only various security issues (illegal migration), but also new areas of cooperation like environment, energy – and education. There are already plans on the way to incorporate the education systems of Morocco, Tunisia and Algeria in what would one day become the Euro-Mediterranean higher education and research area. To facilitate this process of convergence, these Maghreb countries have been involved in a high degree of cross-Mediterranean consultation and discussion with the intention to eventually extend the European Higher Education Area beyond Europe’s physical boundaries.

In line with the slogan – ‘Inclusive Education: The Way of the Future’ – used during the 48th session of the International Conference on Education organized by the UNESCO, a new project funded by the European Commission called ‘Maghreb Universities: Inclusive Education’ (UMEI) aims to improve the access to universities in the Maghreb for three target groups of students with special needs that are related to economic insecurity, geographic origin and disability. While these efforts are clearly steps in the right direction, the EU should assume a more important role as a catalyst for the enhancement of the quality and inclusiveness of the education systems in these countries, particularly focusing on improving the long-neglected basic and vocational education and teacher training. With education set as a top priority for future cross-Mediterranean cooperation, the EU should develop and fund a program for primary, vocational and teacher training as well as offer more scholarships to students from all countries across North Africa.