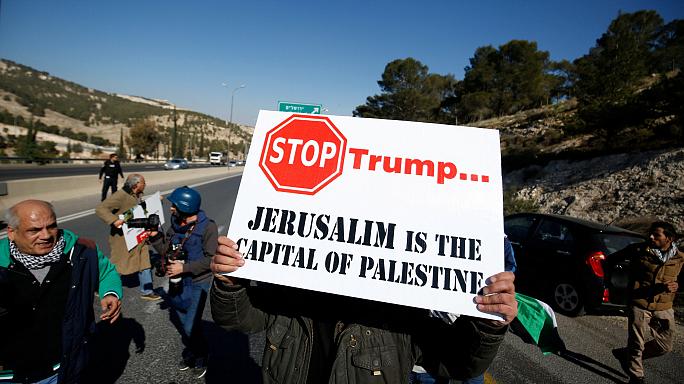 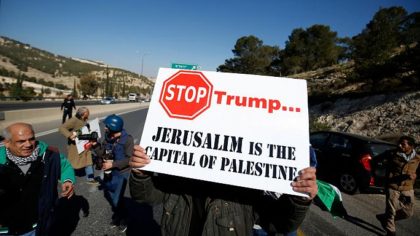 The Trump administration said it will move its embassy from Tel Aviv to Jerusalem on May 14, a date that coincides with Israel’s 70th anniversary.

Speeding up the embassy transfer has infuriated Palestinians and Muslims from across the globe as well as the international community who see in setting up the US embassy in Jerusalem a move prejudicial to peace in the region.

Palestinians object to recognition of the disputed city as Israel’s capital and say the embassy move could destroy a two-state solution to the decades-old Middle East conflict.

The date chosen by Trmp’s administration to open its embassy in Jerusalem also coincides with the Naqba, the Palestinian “day of catastrophe.”

The Palestine Liberation Organization immediately decried Washington’s embassy announcement as a “provocation to all Arabs.”

“The American administration’s decisions to recognize Jerusalem as Israel’s capital and choose the Palestinian people’s Naqba as the date for this step is a blatant violation of international law,” PLO number two Saeb Erekat said.

He said the result would be “the destruction of the two-state option, as well as a blatant provocation to all Arabs and Muslims.”

Israel claims all of Jerusalem as its capital, while Palestinians are attached to establishing the capital of their future state in the eastern part of the city.

Turkey’s foreign ministry has decried in a statement the US decision saying: “This decision shows the US administration’s insistence on damaging the grounds for peace by trampling over international law, and resolutions of United Nations Security Council on Jerusalem.”

Jerusalem was envisaged in the 1947 UN partition plan as an “international city”. After the end of the 1949 war, Israel took the western part and Jordan the eastern part of the city. During the 1967 Six-Day War, Israel occupied East Jerusalem. Since then, the entire city has been under Israel’s authority.

In July 1980, Israel passed a law that declared Jerusalem the united capital of Israel. The United Nations Security Council responded with a resolution condemning Israel’s annexation of East Jerusalem and declared it a violation of international law.

In 1995, the US Congress passed a law requiring America to move the embassy from Tel Aviv to Jerusalem. Proponents said the US should respect Israel’s choice of Jerusalem as its capital, and recognize it as such.

Every president since 1995 — Presidents Clinton, Bush and Obama — has declined to move the embassy, citing national security interests. Every six months, the President has used the presidential waiver to circumvent the embassy move.