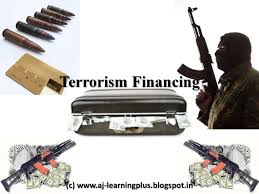 US intelligence agencies have established a blacklist of individuals from around the world, including from Morocco, suspected of funding terrorist operations. The blacklisted are banned from accessing the US financial system.

The CIA, the FBI, the US Treasury Department and the State Department coordinate their actions to hunt down a number of people from around the world, including from Europe, North America, Asia and the Middle East, for their connections with terrorism, reported Moroccan Al Ahdath Al Maghribia newspaper in its weekend issue.
The blacklist has been transferred to relevant services to prevent the listed individuals from accessing the US financial system. These individuals’ financial transactions, their properties, and the properties registered in the name of their relatives or under fictitious names will be monitored and Americans will be banned from collaborating with them in any circumstances, the daily stated.

US services coordinate their actions with several countries, including with Morocco, to shut down all terrorism financing channels and prevent extremist groups from getting any material assistance, the daily said, adding that this strategy was put in place after reports on terrorism financing operations by individuals or legal entities in Libya and elsewhere surfaced.

According to Al Ahdath Al Maghribia, US intelligence services have already dismantled similar networks, which carried out operations on behalf of the terror ISIS group. These networks executed fictitious transactions via an auction website to fund their criminal activities in the United States, the daily said.

North Africa Post's news desk is composed of journalists and editors, who are constantly working to provide new and accurate stories to NAP readers.
NEWER POSTTunisia: Jewish candidate runs for Municipal Elections as Member of Islamist Ennahda Party
OLDER POSTOutrage in Palestine as US Plans to Move Embassy to Jerusalem in May