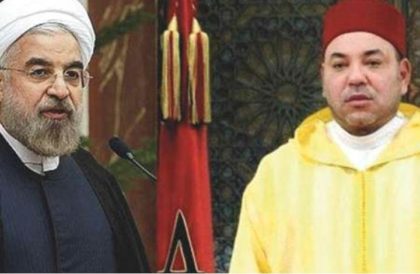 King Mohammed VI of Morocco congratulated in a message Iran’s President Hassan Rouhani on the occasion of the National Day of his country.

In the message, the King expressed heartfelt congratulations and best wishes of health and wellbeing to President Rouhani and “further progress and prosperity to the Iranian brotherly people.”

On the same occasion, the Moroccan Sovereign expressed “willingness to endeavor together with President Rouhani to add new impetus to cooperation relations between the two countries to the best interest of the Moroccan and Iranian peoples.

Diplomatic ties between Morocco and Iran were officially reestablished in January 2017 with the accreditation of a new Moroccan Ambassador in Tehran, Hassan Hami.

The return of the Moroccan Ambassador to Tehran signaled a new era in relations between the two countries after the Kingdom severed diplomatic ties in 2009 on the backdrop of a rift over Iran’s interference in the religious sphere of Morocco.