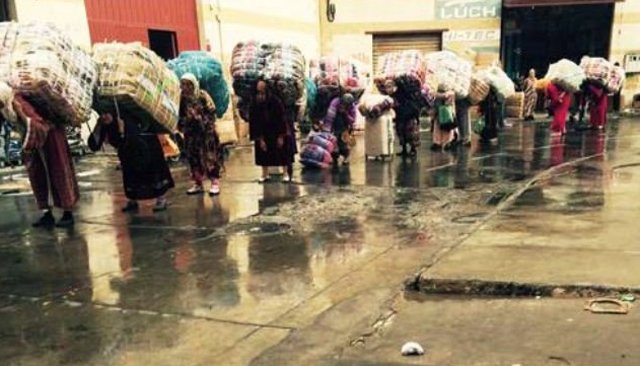 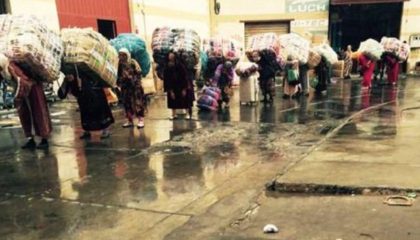 The recent death of three Moroccan women in a stampede at the Ceuta border crossing, has cast light on an unsustainable situation in the Spanish-occupied city in northern Morocco.

From smuggling to illegal immigration and extremism, the northern city -called Sebta by Moroccans- has become a tinder box waiting to explode with the issue of sovereignty at the heart of a silently brewing diplomatic dispute between Rabat and Madrid.

Moroccan MPs have voiced their demands for a state intervention to put an end to the humiliation of Moroccan women involved in smuggling goods at the Ceuta border crossing.

Often called mules, these women make a living by smuggling goods from the Spanish occupied town. This “normalization” with contraband was denounced at the parliament at a session attended by Interior Minister, Abdelouafi Leftit.

Moroccan MPs called for an “economic alternative” to smuggling that would help women operating in such illicit activity find a decent source of income.

The Ceuta border crossing, known as Tarajal, is daily crossed by some 30,000 Moroccans on feet or vehicles. The number of women mules is estimated at some 10,000 who daily carry on their back goods ranging from blankets, foodstuff to cosmetics.

The stampedes that took place in the border crossing with thousands of women lining up in unshaded alley have cost lives.

Last August two women mules died in abhorrent conditions. The same tragedy was reproduced with the death of two other women last January, propelling anger of human rights activists in Morocco and the occupied enclave.

Morocco turns a blind eye to such smuggling activity, which seems to happen at a low scale when ignoring its aggregated impact, in view of the numerous job opportunities it offers in the informal sector. But the costs for the Moroccan economy are drastic. MPs deplored that Moroccan economy loses 12.5 billion dirhams annually as a result of such contraband, while Spain gains €700 million in profit. `

The numerous cases of expired products and uncontrolled goods carried through the border crossing is posing a threat to the health of users notably in northern Morocco. Hence the need for authorities to find an employment alternative to thousands of women mules.

Ceuta’s breath-taking architecture and tourist attraction are hiding a dim reality marked by a surge in illegal migrant trafficking networks and religious extremism.

The 2016 report by the Spanish national security institute cites Ceuta as a main hotbed of religious extremism in Spain, along with Catalonia and Madrid. 20.3% of the individuals indicted on charges of belonging to ISIS were arrested in Ceuta.

By the end of 2016, 204 Jihadists left the Spanish-occupied cities of Ceuta and Melilla in northern Morocco to join the ranks of the Islamic State (Daesh) in Iraq and Syria, warns a report of the Spanish intelligence services.

As for migration, the city has caused the installment of camps in northern Morocco by Sub-Saharan Africans nurturing the hope of crossing the six-meter barbed wire fence. Since 2014, over 45,000 illegal immigration attempts were foiled and about 3000 trafficking networks were dismantled in Morocco thanks to cooperation between different security services.

The fence has drawn the condemnation of international rights organizations, which often call it the “wall of shame” and a symbol of “fortress Europe,” which came to refer to the European Union’s obstructive policies towards immigrants.

Spain spent more than €30 million fortifying the border, and the fences grew from three to six meters in height.

For Morocco, the costs of protecting Ceuta land and sea borders are enormous. The North African country has stationed 23,000 members of the security forces as well as navy gendarmerie to survey the Mediterranean coast and foil illegal immigration attempts.

The city of Ceuta along with its sister enclave of Mellilia are also at the heart of a long diplomatic sovereignty dispute between Morocco and Spain.

In 2007, Ceuta was the heart of a new row after Morocco protested against a visit by Juan Carlos, then king of Spain, to the city. Back then, Morocco described the visit as a provocation and recalled its ambassador to Madrid in protest.

A diplomatic frost develops between Rabat and Madrid, whenever a senior Spanish official announces a visit to the occupied enclaves in northern Morocco.

Ceuta has been under Spanish occupation since the 16th century. Morocco claims the city along with the other Spanish occupied city of Melilla as an integral part of its national territory.

The unsustainable smuggling activity and the stampedes costing the lives of women mules on Ceuta crossing along with the surge of illegal immigration and extremism in the city are all issues that should bring Spain and Morocco to agree on a lasting solution to the status of the city of Ceuta, 30min drive from Tangier, and Mellilia adjacent to Nador. It all boils down to sovereignty. As Spain continues to put pressure on the UK to hand down Gibraltar, it is unconceivable that Madrid denies the same right to Morocco concerning the two cities in its north.