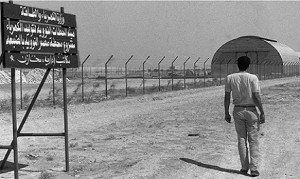 Egypt plans to build a nuclear plant is on a temporal hold as it awaits implementations. However, officials prefer to wait for the parliamentary elections to be held first before making any move according to an official familiar with the affair.
The nuclear project is considered as a national project and according to a source at the ministry of Electricity said the project would be a major breakthrough, especially in the production of the electricity needed for any upcoming development project.
Due to the nature of the project, the government is obliged to wait for the elections so that the new House of Representatives will meet and decide the faith of the project since it is the authority authorized by the law to approve such projects. Former Electricity Minister Mahmoud Balbaa said the ministry is “ready and waiting” for a political decision to launch the international tender for the construction of Egypt’s first nuclear power plant.
Meanwhile, the project is not being welcomed by everybody. The plant will be constructed in Dabaa and the resident of the town have been holding demonstrations but according to the source, the demonstrations are not against the project being situated in their town. He said that  “the problem lies in the lack of the people’s confidence in the government in general,” because the land has been reserved by the government for some years now and it has since been left idle which doesn’t please the residents because they were told that the land will be used for public interest.
In his opinion, granting the residents appropriate and fair compensation and explaining the benefits of the project to them would be enough to get their blessing.