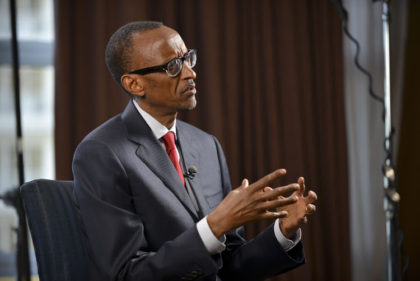 Morocco has expressed support for the reform agenda proposed by Rwanda’s President Paul Kagame to revamp the African Union and boost its financial independence.

In an interview with Moroccan news website, le360.ma, Moroccan Foreign Minister Nasser Bourita said that the North African Kingdom adheres to the reforms put forward by President Kagame, who is taking the Chairmanship of the AU at the current African summit, succeeding to his Guinean peer Alpha Condé.

Bourita recalled the speech delivered by the Sovereign on Throne Day last July in which he voiced support for Kagame’s endeavor to bring about a metamorphosis in the AU’s functioning.

The Moroccan minister also lauded the leadership of President Kagame, stressing the need notably to foster the pan-African organization financial independence in order to fully deliver the tasks assigned to it.

“It is actually odd to see that three-thirds of AU’s budget come from non-African donors,” Bourita said, adding that “this undermines the organization’s credibility.”

“Africa is struggling today to achieve its financial independence as well as sovereignty in decision-making,” said Bourita.

In his interview, on the eve of the 30th Summit, Bourita shed light on the Kingdom’s African policy, notably its leadership in addressing the challenges pertaining to migration.

Bourita also pointed out to Morocco’s widening circle of friends and allies at the AU, saying that the ice-breaking meeting between King Mohammed VI and South Africa’s President Zuma will yield fruits. Morocco has also reached out to African countries that have been known for backing the Polisario separatists in the past. These include Rwanda, Ethiopia, Tanzania, Ghana, Nigeria and South Sudan.

Morocco is collaborating with all countries in AU even though some have inherited stands that are bearing prejudice to the Kingdom’s territorial integrity, said Bourita, noting that Morocco’s return to the African Union by a landslide support is ushering a new era in its African foreign policy.

On the indivisible concept of security, Bourita recalled that Morocco has never shunned away from contributing to peacekeeping efforts in Africa. Morocco has deployed so far more than 60,000 military and civilian staff in peacekeeping operations under the aegis of the UN in Africa since 1960,” he said.

Until July 2017, Moroccan soldiers have been part of the UN mission in Côte d’Ivoire, ONUCI, he said. Moroccan peacekeepers are also part of the MINUSCA in the Central African Republic where 1,605 soldiers are deployed making Morocco the 14th largest contributor to UN Peacekeeping troops out of 125 countries, Bouita underscored.