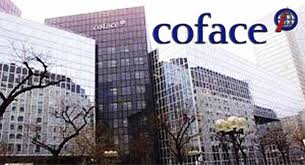 French Credit Insurance Company Coface has downgraded Algeria ratings to C, the lowest grade, over serious concerns of social frustrations boiling in the oil-producing country wherein high risks of social turmoil are exacerbated by the volatility of oil prices.

The Algerian growth “slowed in 2017 due to the state’s dwindling financial resources and public spending cuts. Although the oil sector posted strong growth during the year, it did not offset the slowdown in non-oil activity”, says Coface in its latest report on countries and sectors risks worldwide.

The Algerian economy is expected to continue to slow in 2018. The reintroduction of quotas in line with the OPEC agreement is expected to limit the growth of the oil sector, already adversely affected by a lack of investment and the maturity of some oil fields, adds the document.

Non-oil activity is expected to show signs of cooling, while the Algerian authorities want to continue to support consumption by increasing social spending, but this will be to the detriment of public investment, stresses the Coface report.

It says the impact of this measure on household purchasing power is likely to be limited by the rise in inflation. This is because, to finance the deficit, the Algerian government passed a new framework law in September 2017 allowing the state to borrow directly from the Bank of Algeria for five years.

According to Coface analysts, this financing method will lead to greater domestic inflationary pressures while import barriers will tend to increase prices for foreign products.

As to the fiscal position, it will continue to suffer the consequences of lower oil prices. The public deficit remained last year in double digits. The slight rise in the barrel price during 2017 helped boost tax receipts but spending only fell weakly. Algeria’s public deficit is expected to remain significant in 2018.

The amounts allocated to operating costs have been cut by half. Subsidies and social spending are unlikely to be cut, apart from a small reduction in the amount paid for fuel costs, which is expected to push up the price of gas and of petrol at the pump.

Algeria’s external accounts have continued to run a large deficit since 2015. The gap between exports and the country’s import needs remains. Foreign exchange reserves continue to decline and are expected to fall below the $100 billion threshold in 2018.

As to the risks of social unrest, it remains high in the North African country, warn the authors of the report. They say that the May 2017 parliamentary elections, which took place amid the lowest voter turnout ever recorded, did not affect the country’s political status quo and returned the governing coalition made up of the National Liberation Front and the National Rally for Democracy to power.

However, government reshuffles have succeeded one another over the past year, the most recent one being the sacking of Abdelmadjid Tebboune in favor of Ahmed Ouyahia, brought back by President Bouteflika for a fourth term as Prime Minister.

According to Coface report, Algeria’s deep economic downturn is starting to have impact socially, which will prompt the government to continue its generous policy of social transfers to the detriment of fiscal consolidation. Meanwhile, Sonatrach’s recent declarations regarding the exploitation of shale gas fields in parts of southern Algeria could trigger renewed pockets of protest.