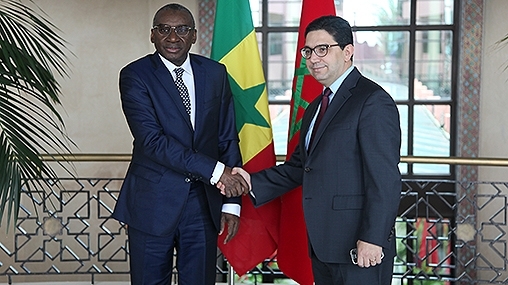 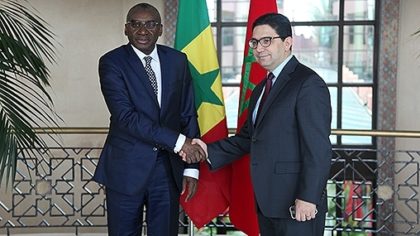 Morocco and Senegal have expressed Friday (January 19) their will to coordinate stands at the upcoming summit meeting of the African Union, particularly on the issue of migration that will stand high on the African Leaders’ agenda.

This came at a meeting Friday in Rabat between the Moroccan and Senegalese Foreign Ministers, Nasser Bourita and Sidiki Kaba, held part of the two countries’ regular political consultations at the regional and international levels.

The Moroccan-Senegalese meeting that took place just few days before the 30th African Union Summit, scheduled in Addis Ababa on January 28-29 also discussed a number of topical African issues with focus on peace and security as both Morocco and Senegal play a key role in preserving peace and stability in the continent.

The Senegalese FM’s visit to Morocco is “an opportunity to further coordinate the stances of the two countries in preparation for the next African Union summit, Bourita told the media after the meeting, recalling that during the summit, King Mohammed VI will present the African Agenda for migration.

Actually, King Mohammed VI has been asked by his African peers to draft an African Agenda on Migration, and in this quality, he has already briefed AU’s leaders on the broad lines of the new agenda in a preliminary note to the 29th summit. According to the outline, the new agenda will involve four levels of action: national, re-gional, continental and international.

The Senegalese official stressed in this connection the need for African countries to build strong economies in the framework of sustainable development, so that African populations find opportunities in their home region and stay there. He urged all States to work to reach that goal and ensure a bet-ter future for mounting generations.

In addition to the migration issue, the two officials discussed ways to strengthen cooperation in the religious field, both countries being convinced as to the need to promote moderate Islam, to uphold its values of peace and tolerance and to dispel the misunderstandings equating this religion of peace with violence.

At the bilateral level, the two officials discussed means to enhance further their multi-dimensional strategic partnership, primarily in the political and economic fields and to consolidate their shared strategic vision. They also assessed the progress made in achieving all the projects launched during the Moroccan Monarch’s various visits to Senegal, part of his strategy to enhance South-South cooperation and promote the continent’s integration.