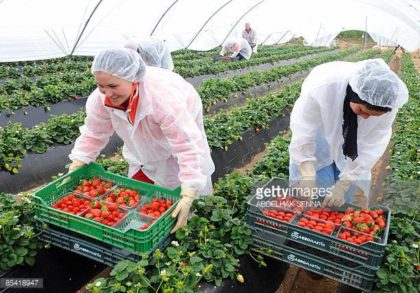 The Spanish government has offered 10,400 new contracts to Moroccan seasonal workers in 2018, to work mainly in strawberry and other red fruit and citrus farms.

The contracts number was unveiled at a meeting between farmer representatives and authorities in charge of employment, Spanish media reported.

The strawberry and berry campaign will take place in April and June 2018. The temporary work contracts is a means to address the labor shortage that was witnessed last year.

Among the Moroccan temporary workers, priority will be given to mothers who show commitment to return to Morocco once the contract ends, said the media.

Rights groups draw attention that the legal framework offers little protection to seasonal agricultural workers in Andalusia. Days not worked are not paid and union representation for these workers is almost impossible. These factors, combined with the system of circular migration, generate violations of workers’ rights who find themselves completely dependent on their employers.

About 90 percent of Spain’s strawberries are grown in the southwestern province of Huelva.