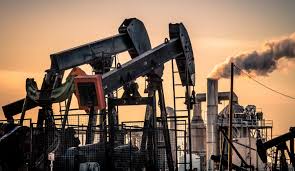 Libya managed to reduce its budget deficit in 2017 thanks to a sharp rise in oil revenues totaling $14 billion, the Libyan Central Bank said.

The exponential increase in oil revenues up from $4.8 billion in 2016 is still much below the $50 billion registered in Libya before the fall of Gaddafi’s rule.

The Central bank also showed that the deficit decreased by 48% in comparison to 2016.

Libya’s foreign exchange reserves have been shrinking over the past four years. The country has suffered losses of more than $140 billion after years of closure of oil fields and ports.

The backbone of the North African country’s economy, the oil sector, collapsed in the wake of the 2011 uprising.

Oil output fell from 1.6 million barrels per day to less than 500,000 bpd between 2014 and 2016 due to violence around production facilities and export terminals as rival militias fought for control.

North Africa Post's news desk is composed of journalists and editors, who are constantly working to provide new and accurate stories to NAP readers.
NEWER POSTMorocco’s Special Forces to Receive US Equipment Worth $18 mln
OLDER POSTMorocco, China to Set Up Joint Institute on ‘Belt and Road’ Studies