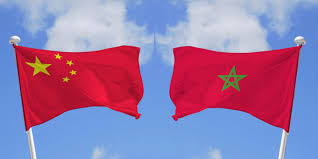 Morocco, China to Set Up Joint Institute on ‘Belt and Road’ Studies

Morocco and China have agreed to establish an academic institute tasked with conducting studies on the “Belt and Road” initiative, the Chinese news agency announced.

The joint institute will be built by China’s Ningxia University and Morocco’s Hassan I University.

The Chinese news agency reported a group of delegates from Ningxia University visited the Hassan I University in Settat, to the south of Casablanca, last November. During the visit, an agreement was signed to establish a joint institute serving China-Morocco trade and cooperation, and enhancing higher education cooperation between the two sides.

The two universities will hold international conferences, carry out cooperative research, and conduct scholars visits, students exchanges, research by officials, and training.
The institute committee will include Moroccan and Chinese scholars.

Last November, Morocco and China signed a MoU to speed up efforts aiming at achieving the “Belt and Road Initiative,” which Morocco was the first African country to join in 2013.

Chinese investments in Morocco have increased following King Mohammed VI’s visit to China in 2016, rising from 2 million dirhams in 2011 to 393 millions dirhams in 2015.

Last October, Morocco and the China Association for Industrial Cooperation (CAIC) have agreed to set up an economic zone in Fez offering a platform for various industries. The deal reflects China’s increasing interest in Morocco notably after the Kingdom signed with Chinese Haite Group an agreement to set up a $10 billion industry and technology hub in Tangier, which will create 100,000 jobs in the long run.

The growing interest of Chinese firms in Morocco is also mirrored, inter alia, in the setting up of an office of the Bank of China in Casablanca in March 2016 as part of Morocco’s Casablanca Finance City initiative, as well as the announcement of Yangtse Automobile of a $100 million investment in Tangier to produce electric cars and buses for export to Europe. The project is expected to create 2,000 jobs.

North Africa Post's news desk is composed of journalists and editors, who are constantly working to provide new and accurate stories to NAP readers.
NEWER POSTLibyan Oil Revenues Increase to $14 bln in 2017
OLDER POSTAfter the US, China Bars Algerian Airlines from Flying to its Airports