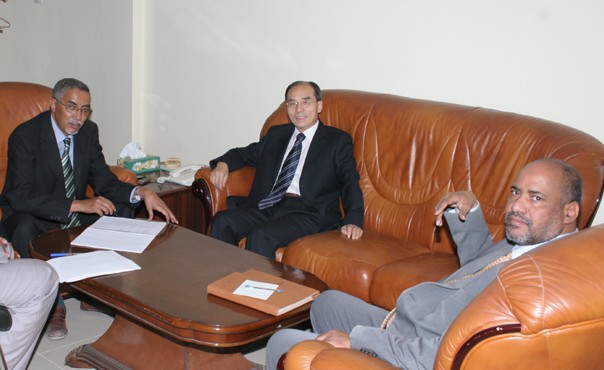 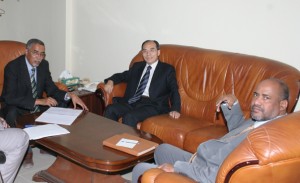 China and Mauritania have signed an agreement to finance development projects in the latter up to the tune of 10.7 billion Ouguiyas. Of this amount, 4.871 billion ouguiyas will be in the form of a non-refundable donation while 5.845 billion ouguiyas will be given as a loan without any interest. The Minister of Economic Affairs and Development Sidi Ould Tah and the Ambassador of the People’s Republic of China in Mauritania, HE Chen Gonglai represented their respective authorities.
Minister Sidi Ould Tah praised the excellent cooperation relationship between them and cited out that they have been benefiting from developmental projects especially from the national sector in areas such as agriculture, fisheries and infrastructure. He said that the relationships between Mauritania and China “are characterized by mutual respect, mutual interests of the two people and the two friendly countries.” With relationship to the recent financial agreement, the minister said that funds of the agreement will help in the uplifting of services in different sectors and it will also contribute in improving the living condition of the population. He also expressed his appreciation and gratitude to the Government and people of China for the constant support they have been offering to Mauritania.
Ambassador Chen Gonglai said the Chinese government will support sustainable development in the country. The ambassador said they finance “more than 40 different projects in the country, the most popular among them being the Port of Friendship, the youth and cultural center, water supply for the city of Nouakchott, International Conference Centre, Olympic Stadium, the Friendship Hospital … ” and it will not be the end of it because the 5th Ministerial Conference of the Forum on China-Africa Cooperation held in July last year in Beijing had a positive impact on the Sino-Mauritanian relationship.