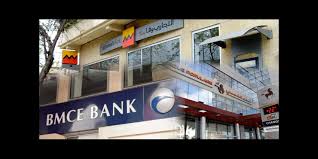 The Banker magazine awarded for the eighth consecutive time the “Bank of the Year Morocco” award to the BMCE Bank of Africa.

The Banker’s eighteenth annual Bank of the Year awards provides an unrivaled opportunity to meet and network with industry peers and to celebrate the achievements of successful financial institutions from around the world.

The “Bank of the Year” annual award is given as a distinction to a single bank in every country in recognition of its performance and services.

Officials from BMCE Bank of Africa described the award as a recognition of their achievements over the past year notably in terms of setting new standards for local industries, using new technology, and coming up with innovative, cost-efficient ways of expanding businesses.

Few days earlier, Attijariwafa bank was granted Bank of the Year 2017 trophy by the Africa Investments Forum & Awards, held in Paris.
The “African Bank of the Year” award rewards the African bank that has achieved the most remarkable expansion on the African continent.
This distinction recognizes the active role of the Attijariwafa bank group, leader in the banking and financial sector in Morocco and key player in investment banking and market activities, and in the development of the Moroccan and African economy, commented the bank in a statement.
Attijariwafa bank group is present in 26 countries on the continent, and has the largest distribution network in Morocco and the densest in Africa, the statement said.

Also, during the latest Africa Investments Forum & Awards, Morocco reaped the award of “Best State Strategy” in the field of renewable energies in recognition of its steady efforts and continental leadership in promoting solar and wind energy.
Africa Investments Forum & Awards is an event dedicated to investment opportunities in the African continent. It brings together a large number of European and African decision-makers, as well as eminent African government figures.