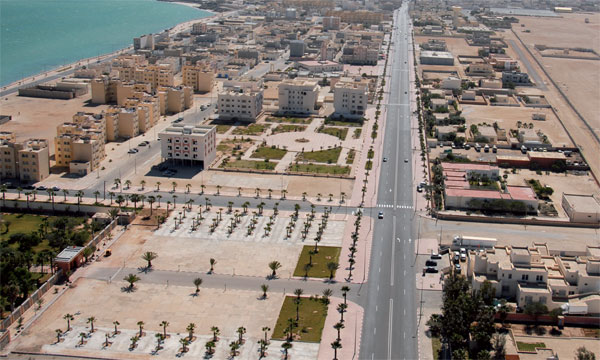 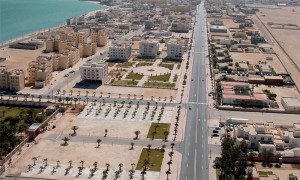 Morocco is moving forward in implementing its regionalization plan in the southern provinces through the establishment of a regional economic system conducive to growth, wealth generating and employment creation.
The broad lines of this development plan for the Moroccan southern provinces were disclosed on Wednesday by the President of the Economic, Social and Environmental Council, Chakib Benmoussa, in a presentation before the King of Morocco Mohammed VI.
The broad lines of the Southern provinces development plan are therefore the first phase in the process of elaborating a new economic and social development pilot project for the southern provinces and a first step leading to implementing a project of paramount importance that will stand as a model in materializing the regionalization process nationwide as provided for by the Constitution.
Benmoussa noted that the major challenge of this priority project lies in ensuring the emergence of a system that promotes an economic, social, cultural and environmental development benefiting in the first place the local communities concerned.
The importance of this pilot project also lies in the fact that it will involve in its implementation not only the Economic, Social and Environmental Council (French acronym CESE) but also the local populations of these provinces, through their representative bodies, and the various components of the social fabric.
The CESE had been mandated to sketch out the development plan for the Moroccan southern provinces by King Mohammed VI last November on the occasion of the celebration of the anniversary of the Green March, a 1975 peaceful march that led  to the liberation of Western Sahara from Spanish dominion and recovery of the territory by Morocco.
The King had then insisted on the need to consolidate the achievements accomplished and to give a new momentum to the reform process initiated at various levels and renewed the country’s commitment to implement the advanced regionalization, starting with the southern provinces, as this regionalization will give the local populations opportunity to participate in the management of their local affairs and to contribute to the promotion of an integrated and sustainable human development.
King Mohammed VI had also urged the CESE to develop a rigorous and integrated regional development model that is likely to promote a regional economic system, which is growth, wealth and employment generating and which focuses on youths.
Following the king’s speech, the CESE had set up an ad hoc and multidisciplinary committee to draw the new economic and social development plan for the southern provinces, in cooperation with the local populations. The plan is scheduled to be finalized in October 2013.