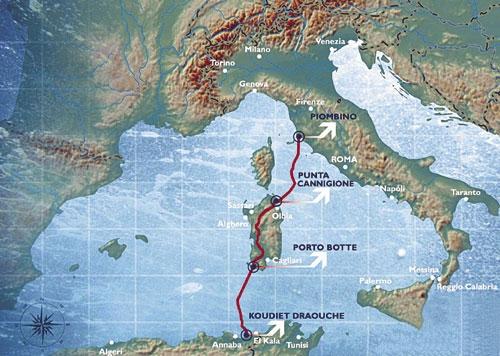 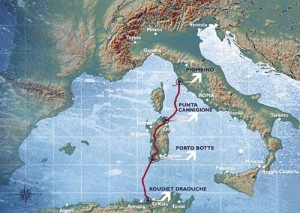 The desire to channel natural gas to European countries from Algeria has suffered another setback because the date of the rendezvous between parties to make a decision concerning the viability of the project is still being clouded with ambiguity following another delay.
The project is a prospect of natural gas from Algeria being piped via Sardinia to Northern Italy and onward to Europe. The pipeline to link the two sides of the Mediterranean has been baptized as Galsi and it would provide an 800 km, 8 billion cubic meter, link between Algeria and Europe. Unfortunately, it has been a decade since the project was initiated but it seems as if it is far away from becoming a reality as it continues to be postponed. The amount of natural gas to be provided by Algeria to Europe can be increased because of its potentials to which it is willing to add tracking for shale gas.
Many believe that the project will remain as a concept after Sonatrach, Algeria’s partner in the project, announced it would not give final approval in November 2012 as anticipated, but will wait until May 2013. Earlier on, Italian officials also postponed it but it is believed that it’s because of its involvement in other giant natural gas pipeline projects, and wants to see what happens with the Trans-Adriatic and South Stream pipeline projects. Officials in Rome recently said that they will not make any decisions on the other pipelines until September 2013.
The spokesperson for the project forecasted in 2011 that the first supplies to European countries were unlikely to be delivered before 2015. Europe wants to reduce its dependency for gas on Russia and is looking towards Africa for possible options.