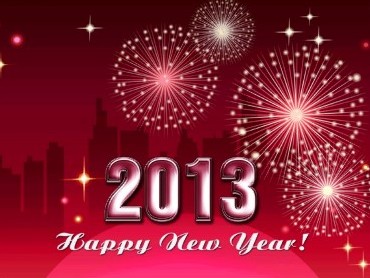 As 2012 is drawing to a close, The North Africa Post deemed it timely to reflect upon some of the major events that happened over the past twelve months in North Africa, as the region is still at grips with the aftermath of the Arab Spring.
In Morocco, the year began with the appointment, for the first time in the country’s history, of a government led by an Islamist party, the Party for Justice and Development (PJD), which had won the legislative elections of November 2011.
The formation of the cabinet was no easy task. The PJD, which did not have an absolute majority, had to unite with other parties, sometimes from the completely opposite side of the aisle, to come out with a coalition government made up of four parties (PJD, Istiqlal Party, Popular Movement, and the former communist party, the Party for progress and Socialism.) Despite the assertions of the ones and the others, the government’s work was not harmonious and convergences soon appeared. Despite the fact that with the exception of the PJD, the three other parties had already participated in previous governments, lack of experience was obvious in the government work. Statements made were denied the following day. Promises made remained unfulfilled. The hardest blow to the government’s homogeneity will be dealt by the Istiqlal party, whose new thundering Secretary General has been calling immediately after his election last September for a cabinet reshuffle. And the disillusions of the Moroccan people who were pinning great hopes on this government to bring about concrete change and to enforce substantial political and economic reforms grew by the day, as no promise of real change has been fulfilled. Will this government succeed to overcome its divergences and dissipate the growing dissensions within the majority in 2013? Will this government manage to overcome the economic crisis and improve the citizens’ living conditions? Will it succeed to spare the country the social upheavals that shook other states? Will it uphold the image of the kingdom, which embarked on gradual reforms while maintaining stability, as a model for other countries in the region? This is our hope!

Women, the highlight of the year!

Even if there is only one woman in Abdelilah Benkirane’s cabinet, Moroccan women have the wind in their sales. They scored two premières in 2012. In January, the leftist Parti Socialist Unifié (PSU) elected a woman as its secretary general. Nabila Mounib, 52, biology professor and mother to three is thus the first woman ever to head a Moroccan political party.
In May, another woman stepped into the limelight, this time in the business milieux.  Meriem-Chaqroun Bensalah, chairwoman of a mineral waters company, was elected President of the Moroccan employers’ confederation, the General Confederation of Enterprises of Morocco (CGEM), becoming thus the first woman to hold this position since the independence of the kingdom in 1956.
Ms. Bensalah Chaqroun, 49, was supported by male candidates who withdrew their candidacies in favor of the first Moroccan woman who dared to apply for the presidency of the influential CGEM, which gathers thousands of entrepreneurs of all sizes and from all sectors.
Meanwhile other Moroccan star women like the Aicha Chennas, Najat M’jids, Hakima Himmichs and so many other activists are tirelessly working to help the needy, the ailing, the homeless…

In Algeria, the Arab Spring is hardly felt. No tremendous change happened. The government did not adopt any tangible social, economic or political reforms to solve the country’s problems. The citizens are facing up the same hardships when it comes to housing, schooling, and more importantly employment, although the country harvests billions of dollars from its oil and gas sales. Some slight political reforms were adopted but they were not enough to shake the predominance of President Abdelaziz Bouteflika’s ruling party. In the realm of human rights and civil freedoms, the Algerian people, media and activist still feel muzzled. Some observers do not expect any change in the North African country before Bouteflika’s term ends in 2014. Will the government be able to soothe the people and buy social peace till then?
In Tunisia, Libya and Egypt where the Arab Spring upheavals two years ago led to the overthrow of three dictatorships, calm and peace are not prevailing yet. In Tunisia, riots and confrontations are a daily lot. The moderate Islamist party, Annahda, which is ruling the coalition government it formed with two other secular parties is sharply criticized as it failed to honor its pledges, especially regarding more democracy, more freedom and more social equality. Demonstrations and sometimes riots are recurrent to demand jobs. Clashes between Salafists who claim a strict conservative application of Islam and liberals are also frequent.
In Libya, the ruling government proved unable to disarm militias, to affirm its control over the whole country, and to put an end to inter-religious and inter-tribal clashes.
No later than Sunday, an explosion rocked an Egyptian Coptic church in Libya’s third largest city, Misrata, killing two people and wounding two others.
In Egypt, the prospects are not brighter. The President ruling the country has actually been elected by the people but he does not seem to enjoy the backing of all Egyptians. Each of his decisions is hailed by half the population and decried by the other half, with both sides often standing on the brink of fierce clashes and looming unrestrained violence.
Bottom line, will these new governments, either secular or Islamist, grasp that their people are losing patience? That a new dictatorship whatever veiled it may be can no longer be acceptable?  That conditions which are conducive to genuine democracy, freedom and respect of human, social and economic rights must necessarily be created otherwise their countries will plunge into unpredictable chaos? We sincerely hope that those at the helm of power will understand that a country’s interest is by far more important than the interest of an individual or a group of individuals.

Finally let us tell you that it has been our privilege to share with you, our dear readers, stories, opinions, and commentaries, and we thank you for your comments which are our driving force. As we look forward to 2013, we wish you all a Merry New Year’s Eve and a Happy New Year!