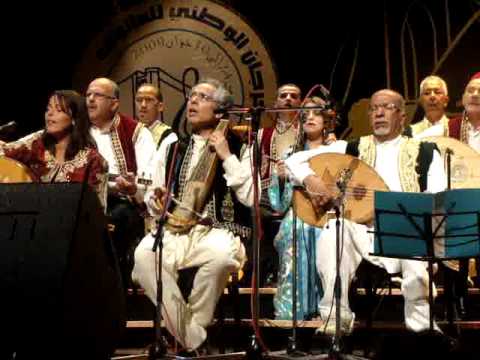 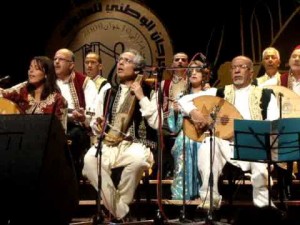 Festivals of Andalusian music has grabbed the North African country this weekend  but the Festival of Andalusia and Ancient Music ( FIMAMA)  which runs for more than a week caught the attention of the nation as the curtains have been drawn till another edition comes again next year.
It was the 7th edition of the international festival and admires of Andalusian music and ancient music’s lovers had the opportunity once again to live a happy moment which was also graced by artists from other continents. A taste of European and Asian music was added to some of the presentations. A foreign participation of quality as well as the presence of six Algerian groups, of various levels, representing the three Andalusian music’s schools took part in this year’s edition.
It is claimed that medieval music had a great influence on several European music bands amongst which is the British “Farewell,” the Spanish “Looking back” and the Italian musician Mimmo Epifani. The baroque type of music can easily be felt in their music.
These musicians brought alterations to compositions dating back to more than 400 years and are currently back on stage with modern instruments and foreign influences. The musicians, who followed one another on the stage of Ibn Zaydoun Hall in Algiers, said that it is necessary to give more thought to ancient repertoire to perpetuate it, “as long as we master it and never touch its essence.”
However, regional countries on the southern side of the Mediterranean were represented with troops dedicated to playing only Andalusian music despite the present influences of nowadays. Andalusian music is considered to be the musical heritage of the region and it is much more richer and includes music genres dating back to old times.