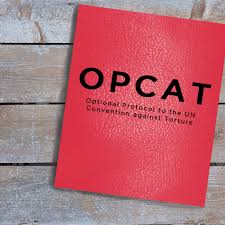 Morocco in Course of Launching National Prevention Mechanism against Torture

Morocco is preparing to launch the National Prevention Mechanism (NPM) against torture as part of the implementation of the Optional Protocol to the Convention against Torture (OPCAT).

To that end, the UN Subcommittee on Prevention of Torture (SPT) is due to make its first visit to Morocco October 22 to 28 to advise the Government on the establishment of the NPM and to assess the treatment of persons deprived of their liberty and the measures taken for their protection against torture and ill-treatment.

“International obligations must be translated in practice and real changes for people on the ground. Under OPCAT, the first step to ensure detainees are protected from torture and ill-treatment would be to establish an independent, effective and well-resourced National Preventive Mechanism,” said Hans-Jörg Bannwart, who will head the SPT delegation.

The SPT has a mandate to visit all States that are parties to the Optional Protocol to the Convention against Torture (OPCAT). States parties are obliged to set up a National Prevention Mechanism within one year of ratifying OPCAT.

Among the places the SPT delegation is due to visit are prisons and police stations. The experts will also meet government officials, the Judiciary, the National Council for Human Rights, UN agencies and representatives of civil society.

At the end of the visit, the SPT will present its confidential preliminary observations to the Government of Morocco.

For the SPT, the key to preventing torture and ill-treatment lies in building constructive relations with the State concerned, and its guiding principles are cooperation and confidentiality.