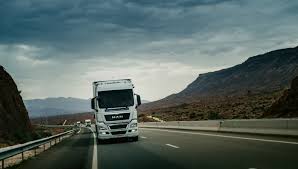 Morocco gave strong guarantees that it will not allow any breach of the security of the road linking it to West African states and that it ensures that road safety is respected.

Speaking in response to fallacious information spread by Algerian co-opted media, Morocco’s foreign minister Nasser Bourita said in New York that the Kingdom will take all necessary measures to ensure the safety of commercial traffic on the road linking Morocco to the Sahel.

Moroccan media quoted the Minister saying that Morocco is ready to bring logistical and security aid to G5 Sahel states (Mauritania, Mali and Niger, Burkina Faso and Chad) in their efforts to secure their borders.

The Minister also welcomed the creation of the G5 force as a milestone in security cooperation in the region, and urged the international community to bring support to the Sahel counterterrorism force.

Morocco, in its quality as Chair of the peacebuilding committee, also deplored the surge of violence in the Central African Republic and called for boosting the capacities of the MINUSCA, the UN peacekeeping mission in CAR.

“Armed groups cannot hijack the whole political process,” Morocco’s foreign Minister Nasser Bourita said at a high-level meeting on the situation in CAR, held on the sidelines of the 72nd UN General Assembly.

Bourita warned of the risks embedded in the ethnic and religious character of the violence in the region of Bangassou, which was until recently a symbol of tolerance and coexistence in the country.