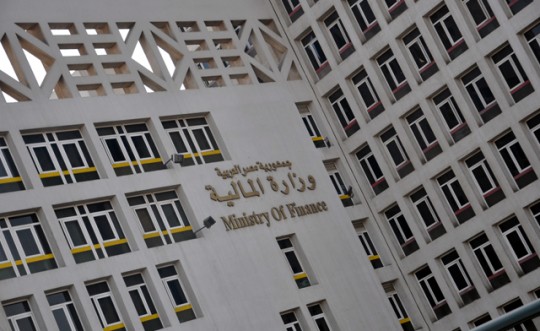 Egypt’s government to sell 60% of bond

The government is preparing to sell almost 60% of its bond in the next quarter. The decision is a U-turn on its strategy to cut long-term debt sales by 49% in expectations of the delayed IMF loan.
The Finance Ministry will seek to sell 26billion pounds ($4.2 billion) in bonds maturing in 3years to 10years, compared with about 16billion pounds sold so far this quarter, according to an issuance calendar obtained yesterday by Bloomberg News and central bank data. Egypt also plans to raise 134 billion pounds of T-bills due in a year or less. The reduction of the long-term bond sales in the last quarter resulted in a 17 basis points fall from 0.17% to 13.89% of the average yield on three-year notes. That compares with a 25 basis-point increase in the three-month Treasury bill yield to 12.96%, according to central bank data on Bloomberg.
The National Bank of Egypt, Banque Misr and Commercial International Bank Egypt (COMI) hold a significant amount of government debt compared to their equity bases and earnings capacity and have therefore seen their ratings to the level of the state today by S&P. Alaa El- Hadidi, the cabinet spokesman said recent ratings cut won’t have an impact on the negotiations with IMF because there is no bankruptcy risk.
The country is facing a budget deficit and the currency has been depreciating but the government is hoping to raise 6 billion pounds in one-year and six-month treasury bills which they hope will increase because of the projected liquidity shortage in the absence of fresh funds from outside the banking sector. Amr Seif, chief dealer at Piraeus Bank Egypt said “the IMF loan is crucial as a signal for foreign investors to come back.”