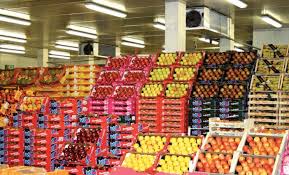 Morocco was the most prolific exporter of fruits and vegetables to Spain with a total value of €404 million in the first half of 2017, that is a 33% rise compared to the same period last year.

Figures released by the FEPEX, the Spanish federation of fruits and vegetables producers, showed that Morocco took the lead of exporters to Spain followed by Brazil, which shipped €55 million worth of produce (+22%), and Costa Rica, which exported €78 million (+18%).

Spanish imports from the EU increased 8% to hit €489 million with France topping the list of exporters with €187 million (+13%).

FEPEX pointed out that the strongest growth in terms of products came in tomatoes, up 26% to €48 million, and potatoes, rising 18% to €159 million.