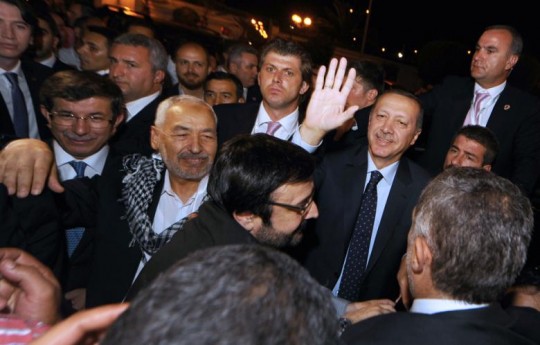 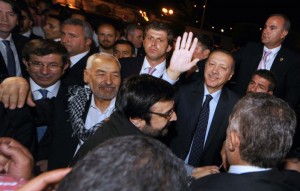 Prime Minister al-Jabali said he was honored when addressing the Sixth Turkey Sectoral Economic Council meeting held at the twin towers of the Union of Chambers and Commodity Exchanges of Turkey (TOBB) in Ankara. Both countries exchanged mutual appreciation and support and acknowledged to work together in widening it by increasing contacts to develop areas of common interest. Tunisia’s prime minister wasted no time to convince investors into investing in the North African country.
Prime Minister al-Jabali tried to lure Turkish investors to his country as he updated them on the actions undertaken by the government to make it a suitable environment for them. He reminded them that “the industrial zone to be erected in our capital Tunis with the contributions of Turkey will be of international standards,” before inviting “Turkish investors to make use of this industrial zone.”
The prime minister went to say that they have a free market economy which attention given to its social aspect. He highlighted the tourism industry as a sector to invest in because the arrivals of tourist in Tunis in rising again and was more than 5 million this year. According to the prime minister, they are willing to extend their support “to all private initiatives” before adding that they “attach high importance to investments that promise added value and are on information technologies.”
Addressing the country’s preparedness to host investors, Prime Minister al-Jabali said that they have already prepared laws relate to investments in all fields, reviewed all the investment and financial systems and will immediately complete investments on highways, railways and natural gas. He reminded the audience that bilateral relations are the way forward and invited them to the “New Tunisia” with “new horizons for new investments of Turkish brethren.”

North Africa Post's news desk is composed of journalists and editors, who are constantly working to provide new and accurate stories to NAP readers.
NEWER POSTLibya seduced by kitesurfing
OLDER POSTMarrakech, Stars’ Place to be to Celebrate New Year’s Eve