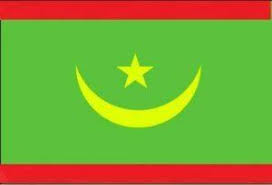 Mauritanians have voted in favor of changing the green and yellow flag by adding two red stripes in a referendum that has also seen the Senate abolished.

A proposal to add two red stripes to the West African country’s national emblem was approved by 86% of voters who turned up in a crucial Aug 5 national referendum with a turnout of 53.7%.

The vote has also prompted a change in Mauritania’s political leadership with the abolishment of the Senate in favor of creating regional councils.

Additionally, three independent institutions—the High Court of Justice, the Islamic High Council, and the Ombudsman of the Republic—will be combined into one body called The Supreme Council of the Fatwa.

President Mohamed Ould Abdel Aziz sees in the new amendments a chance to reinforce his authoritarian grip on power and seek a third term by changing the constitution.

The new flag presented to the Mauritanian parliament features a red band at the top and bottom of the country’s green banner.
Representatives at the Lower House felt that the red color needs to be added to the current green flag with a yellow star and crescent representing Islam in order to honor the country’s independence struggle.