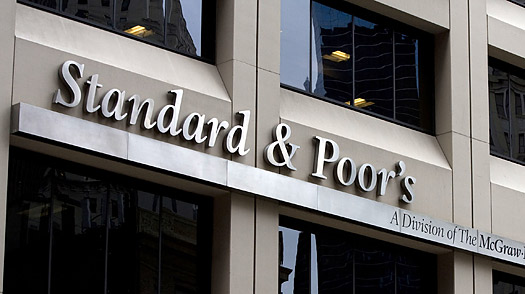 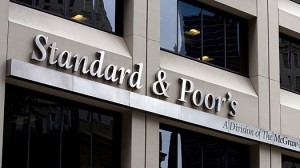 World rating agency Standard & Poors has downgraded its long-term foreign- and local-currency sovereign credit ratings of Egypt to ‘B-‘ from ‘B’. It has also switched its outlook is negative, citing recent political developments that weakened Egypt’s institutions and the increasingly polarized political discourse that could undermine the effectiveness of policy-making.
According to S&P, a further downgrade is “possible if a significant worsening of the domestic political situation results in a sharp deterioration of economic indicators such as foreign exchange reserves or the government’s deficit”.
The rating agency has lowered its rating for Egypt over serious concerns that escalating political and social tensions in the North African country. “In our view, the country’s institutions have been weakened by recent presidential decrees”, said the analysts of S&P, warning that the increased polarization between the Muslim Brotherhood and other liberal political parties could affect Egypt’s ability to deliver sustainable public finances, promote balanced growth, and respond to further economic or political shocks.
On Dec. 12, President Morsi ordered the referendum to be split between Dec. 15 and Dec. 22, following the administrative complication of many judges refusing to oversee it, which is a legal requirement.
Notwithstanding the outcome of the referendum, “we consider that society has been increasingly polarized by recent events. These events have, in our view, reduced support for the Muslim Brotherhood and are having a detrimental effect on the policy environment, Egyptian institutions, and the political transition as a whole”, added S&P.
The agency expects “political tensions to remain elevated, with no clear indication that rival factions will be brought to a point at which they can contribute to addressing Egypt’s economic, fiscal, and external challenges”. Such a situation will affect and scare away international donors’ and multilateral lending institutions.