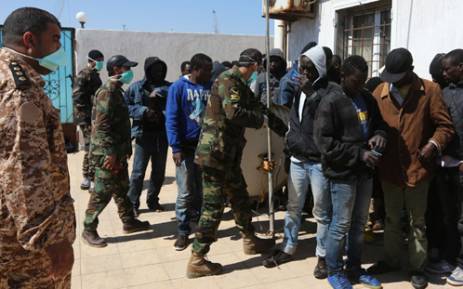 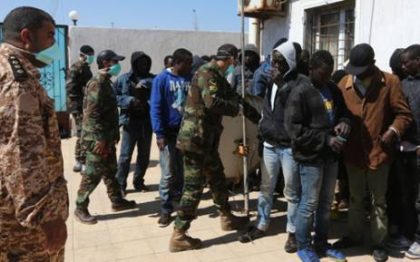 French President Emmanuel Macron announced Thursday that France will start processing asylum seekers’ applications in Libya as of this summer, in a move to curb the deadly crossing of the Mediterranean by illegal migrants.

“The idea is to create hotspots to avoid that people take crazy risks when they are not all eligible for asylum. We’ll go to them,” he said during a visit to a refugee shelter in central France.

Libya has become the main departure point of thousands of migrants who take to the sea in an attempt to reach Europe’s southern seashores.
Migrant smugglers have taken advantage of lawlessness in the North African country whose coasts have been controlled by armed groups that have indulged in the deadly business.

Around 100,000 migrants have already reached Europe’s coasts so far this year while over 2,000 have been reported drowned in the sea according to the International Organization for Migration.

Europe’s lengthy debates on the current migration crisis came to the conclusion that one of the wrong decisions was to allow migrants to enter Europe and then be processed whether they can prove refugee status.

As explained by Andrew A. Michta in a recent analysis published by Carnegie Europe, “If there is a solution to the current migration crisis, it lies in sealing the EU’s external borders and establishing a system to screen migrants outside Europe”. This is the solution seemingly adopted by the French President.

Yet, Michta, who is the dean of the College of International and Security Studies at the George C. Marshall European Center for Security Studies, warns that “This would require a large commitment of resources as well as European military power to create areas where initial screenings could take place before migrants can enter Europe”.

“Admittedly, this would be a massive task, as it would require the EU to engage both militarily and in terms of aid to transit countries on a scale not seen so far, beginning with breaking smuggling chains and stopping boats from leaving for the Mediterranean,” the searcher noted.

Awaiting a consensus on the best way to address the crisis, Europe continues to face its greatest migration wave since the end of World War II.
“The majority of migrants are arriving from outside the continent, especially the Middle East and North Africa (MENA) but also the Sahel and, increasingly, Asia,” the analyst stated recalling that “In March 2017, Frontex, the EU’s frontier agency, warned that the number of people undertaking the Central Mediterranean crossing was on the rise. With the arrival of summer, the next wave of MENA migration into Europe is about to be unleashed.”

Serraj who was in Rome earlier this week reportedly invited Italian ships in Libyan territorial waters.

“What was agreed with Italy was the completion of the program supporting the coast guards to train and prepare them with armed capabilities and equipment for saving lives of migrants, and to confront criminal organizations,” a statement from his office said.

Rome is set to analyse a mission plan on the request.