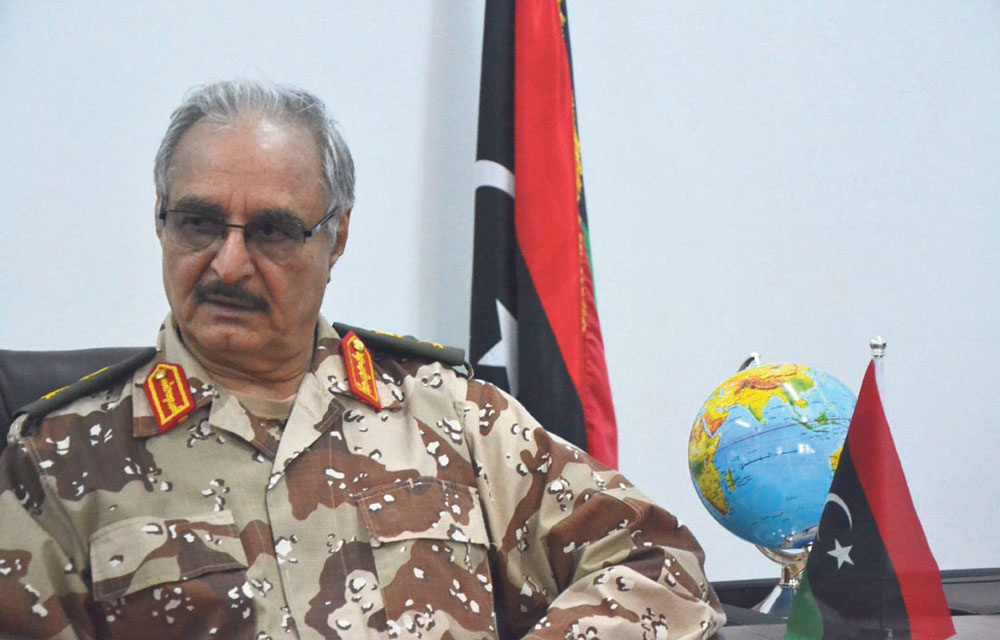 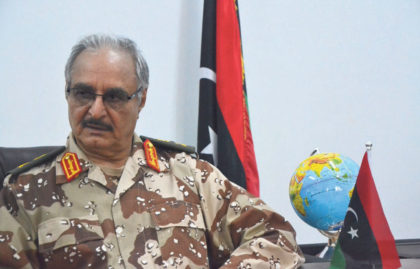 The Libyan National Army commander, aligned with east-based rival government, Khalifa Haftar has been reportedly receiving military aid from Israel with the secret support of the United Arab Emirates (UAE), which backs him against the UN-sponsored Government of National Accord (GNA), reports say.

London-based The New Arab, citing a source close to the Field Marshal Khalifa Haftar, notes that Haftar held several meetings with Israeli agents in Jordan with the help of the UAE “over the past two years”.

“Coordination between Haftar and Israel has been ongoing. He held talks with Mossad agents in Jordan in 2015 and 2016,” the source who spoke under condition of anonymity was quoted as saying.

“The meetings, which appear to have been mediated by the UAE, were held in strict secrecy,” it added.

At least two Israeli agents going by the names Ackerman and Mizrachi reportedly met with the Head of LNA. Israel is said to be equipping the LNA with “sniper rifles and night vision equipment”.

The source also said that Israel was involved in the Haftar-led operation in Benghazi, which drove out jihadist groups early this month after three years of fighting with the extremists.

Haftar’s cooperation with Israel is also known to Algiers, which lodged a complaint with the Libyan army commander. Algiers, Egypt and Tunisia have been trying to patch up differences among Libyan factions involved in the political deadlock, which ensued following the removal and death of the country’s former strongman Muammar Gaddafi in 2011.

Haftar’s ally government recently demonstrated its tilt towards Israel. The administration’s Minister of Antiquities, Omar al-Gawairi appeared in several pictures with some Israeli officials, at a conference on “The Rights of Return for Libyan Jews” held in Rhodes, Greece.