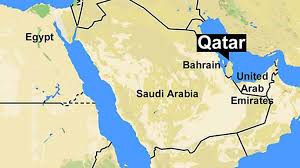 Bahrain, Egypt, Saudi Arabia and the United Arab Emirates (UAE), have expanded their list of terrorist groups and individuals having links with Qatar.

Nine entities, based in Yemen or Libya, were thus added to the list. They include charity foundations, media and militia groups. Nine individuals, labeled as terrorist by the Arab quartet, are nationals of Yemen, Qatar, Kuwait and Libya.

A statement released by the quartet claimed that the entities and individuals “have direct and indirect ties with Qatari authorities.” It added that some of the individuals have embarked on fundraising campaigns to support Al Nusra Front, Syrian rebel groups and al Qaeda in Yemen.

The Syrian rebel groups that have received such support were not named.

It could be recalled that several Gulf States supported armed groups fighting against the Assad regime.

The statement also accused Doha of fueling the crisis in Libya. “Qatari authorities have played an active role in spreading chaos and devastation in Libya, despite serious international concern over the destructive impact of such practices.”

Doha has not reacted to the new allegations, but it had rejected previous claims made by the four boycotting Arab States.

Regarding the memorandum of understanding on counterterrorism concluded recently between the United States and Qatar, the quartet’s statement stressed that such steps are “not enough” while urging for practical urgent actions.

Qatar’s foreign minister Mohammed bin Abdulrahman al-Thani who admitted that it has been “a very long two months” since the rift began, signaled that “blockading” nations and not being responsible for such “illegal” actions poses “a high risk for world order, not just for Qatar” as a small state.

He accused the quartet of kindling “a baseless conflict” fueled by “disinformation”.

Doha is seemingly adamant to resist the pressure. Minister of State for Defense Affairs Khalid Attiyah announced plans to conduct joint military exercises soon with the US and Turkey. Part of their 13 demands that need to be fulfilled before any normalization, the four Arab States want Qatar to close the Turkish military base that it is hosting.