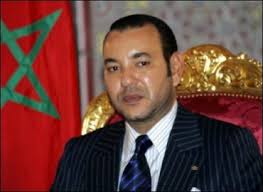 King Mohammed VI has pleaded for unleashing the skills and talents of African youths, who account for two-thirds of the continent’s population, to fulfil the development goals all African countries yearn for and to promote sports as a means to shield these youth against all forms of delinquency and extremism.

“Africa boasts significant natural resources. However, its foremost wealth is its young people: African youths account for two-thirds of Africa’s population. We believe they can play a key role in achieving the robust development we all yearn for, provided we bring about the conditions required for our young people to hone their skills and put them to good use,” the King stated.

This came in a message he addressed to the participants in a symposium, dubbed “African Football, Our Vision”, which kicked off on Tuesday in Skhirate, to the South of Rabat.

The symposium is held on the eve of the General Assembly of the African Football Governing body CAF, to convene on July 20-21 in Morocco.

The Monarch deemed that the practice of sport in general, and football in particular, is one of the main pathways to young people’s fulfilment and their integration into the social and economic fabric.

“It is also a means to shield them against all forms of delinquency and extremism, and to spare them the risk of putting their lives and their future in jeopardy by resorting to illegal migration,” the King stated, insisting, “Football is more than just a sport or a means to achieve titles. It is about values and principles. It builds on sportsmanship, teamwork and fair competition. It contributes to promoting greater openness and understanding, in addition to fostering closer bonds between peoples.”

After he underlined the importance of football as the most popular sport in Africa, King Mohammed VI stressed the need for African football “to rise to the challenge of modernization and to keep abreast of rapid developments in sports worldwide”.

He pointed out, however, that “such a goal cannot be achieved unless governing bodies commit to good governance and unless training is improved and infrastructure upgraded”.

“Just as important, in this respect, is the need to meet requirements for professional careers, enhance the marketing of African football and strike a balance between the development of elite football and football for the masses,” the Monarch stated. In this vein, he urged African football experts to chart a course of action for the development of African football, based on an objective assessment of the sport in the continent, in terms of human and material resources, and organizational mechanisms that can help Africa rise to challenges and develop this popular sport to meet world-class standards.

Renewing Morocco’s commitment to Africa, he pointed out, “I have seen to it that Morocco regained its natural seat in African institutions, especially the African Union and the CAF Executive Committee, because I firmly believe in the need to work hand in hand with my brothers in these institutions so as to serve the causes of our continent and defend its interests”.

“We truly believe in the role sports can play in human development, in social integration and cohesion as well as in enhancing influence at regional, continental and international levels,” King Mohammed VI said. He added that in order “to give concrete substance to a policy rooted in solidarity with African countries, and consistent with a strong belief in the importance of inter-African cooperation, Morocco has been keen to put the experience it has gained in the sports sector at the disposal of our African brothers”.

“Morocco is looking forward to the advent of a strong, cooperative, solidarity-based Africa that takes its rightful place in international institutions and forums, be it with regard to decision-making, participation or the legitimate right to organize world-class sporting events, particularly the World Cup,” the Monarch said.

Actually, as the World Soccer is about to celebrate its centenary, the continent hosted the world event only once and that was in South Africa in 2010.