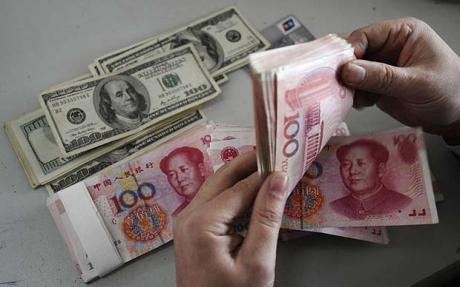 China –the Indispensable Game- Changer of the Post-Crisis Global Economy

The upshots of the global financial crisis are long to list. In a catchy word, they are condensed in the phrase “shift to the East”. Driven by the increasing power and strength of emerging market economies, the timing and extent of the shift raise questions over what real objectives the new players are set to pursue, what means and strategies they are likely to employ, and what consequences the shift is likely to have for the present international order.

The reversal of the economic polarity to peripheral economies is clearly witnessed in East Asia.  Following losses in Western financial sectors, governments and public opinions pushed official investors – namely central banks and sovereign wealth funds (SWFs) – to change investment behaviour. A case in point is the SWFs. If before the crisis SWFs’ managers allocated 82% of investments into foreign countries, in the aftermath of the crisis, the mix between foreign and domestic investments changed dramatically: for the last two quarters of 2008 and the first quarter of 2009, domestic investments jumped to roughly 40%, with an increase of 22% in less than one year.

The Asian region’s holdings in foreign exchange reserves – the outcome of over 30 years of policies aimed at promoting export growth – amounting to about $3.5 trillion, half held by China and growing by as much as $550 billion a year, generally allocated outdoors, have started to be re-allocated close home, in the region. This process, as part of a turn in capital flows from the uphill to a downhill mode, has made East Asia a pole of attraction of capital flows in the midst of the worst financial deleveraging and credit crunch.

China’s government has made efforts to reallocate foreign exchange reserves so as to limit losses of the dollar’s devaluation.

Against this favourable background, the longer-than-expected recession in Western economies and the looming sovereign debt crises in Europe have exposed the downsides of China’s export-driven model and raised a challenge to China’s large foreign exchange reserves denominated in US dollars. China’s government has made efforts to balance its GDP to a higher consumption share and, at the same time, to reallocate foreign exchange reserves so as to limit losses of the dollar’s devaluation. As for its foreign economic policy at the regional and global level, China has graduated to become the engine of the post-crisis global economy. As Justin Yifu Lin, Chief Economist and Senior Vice-President of the World Bank, wrote: “The world is desperately in need of engines of growth right now, and fortunately – with continued strong and pragmatic economic policy making – China could provide that impetus for economic growth.”

In 2012, China has encouraged the Chang Mai Initiative to expand the reserve fund to $240 billion.

At the regional level, China has firmly chosen to become a reliable member of ASEAN+3. In 2012, China has encouraged the Chang Mai Initiative, a multilateral currency swap arrangement, to expand the reserve fund to $240 billion. The fund will increase by 40 percent in 2014. Though these funds are not up to the region’s needs in case of a financial turbulence, the initiative’s symbolic effect is of great value since it increases the confidence of market participants in the liquidity of Asian banks.

China’s regional policy is anything but defensive. With Japan’s approval, China has led the way to create a 16-nation trade bloc, known as the Regional Comprehensive Economic Partnership (RCEP), with its launch expected to be formally announced at the ASEAN Summit in Phnom Penh in November 2012. RCEP is evidence of the “Asian open regionalism”, an appealing approach, and not just an oxymoron. In contrast to the “no gold standard, no deal” adopted in other fora (such as the WTO), ASEAN and other developing countries in the region can easily join regional cooperation at any stage of its development. For its geographic and economic scope, RCEP clearly embodies geo-political connotations: a challenge to the US-led Trans-Pacific Partnership (TPP) that specifically excludes China.

In global markets, capital investments and acquisition policies have graduated China to the role of an indispensable player in re-launching the post-crisis global economy. Foreign direct investment (FDI) outflows from China are becoming the engine of growth in several regions, especially in Africa. Natural resources are a key driver of Chinese economic engagement in Africa. The continent is an important source of oil for China, with African oil producers accounting for about 24 percent of Chinese oil imports in 2011. The top five African suppliers in the first seven months of 2012 were, respectively, Angola, Libya, Republic of the Congo, Sudan, and Algeria. Angola, China’s top producer in Africa by a wide margin, sometimes even exceeds Saudi Arabian exports to China.